It looks like LG is about to launch their first Google Android powered smartphone called the Etna.

The LG Etna will come with a 3 inch touchscreen display, a sliding QWERTY keyboard and a 5 megapixel camera, it looks like it will be coming to Vodafone as it was snapped at the Vodafone stand at the IFA in Berlin. 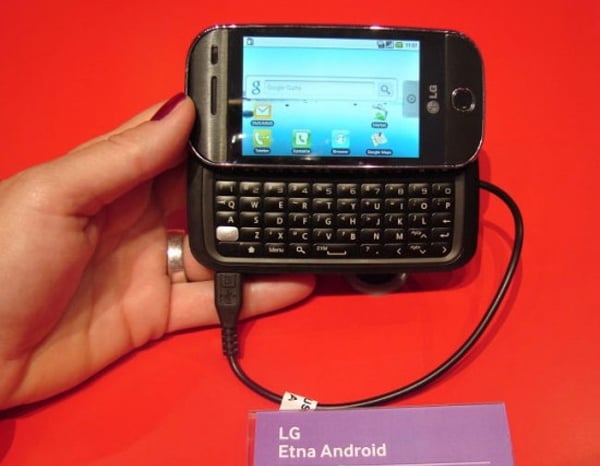 Other features include 3G, WiFi and Bluetooth, thats all we have so far in terms of specifications, we will provide some more details as soon as LG give us some official details.