We have seen quite a few Android devices leaked over the last week, a number of them have come from an account on Twitter called @evleaks, which now seems to have disappeared.

One the the most recent devices which appeared on Twitter was a new Android smartphone from LG which is headed to US mobile carrier Sprint, the LG Cayenne. 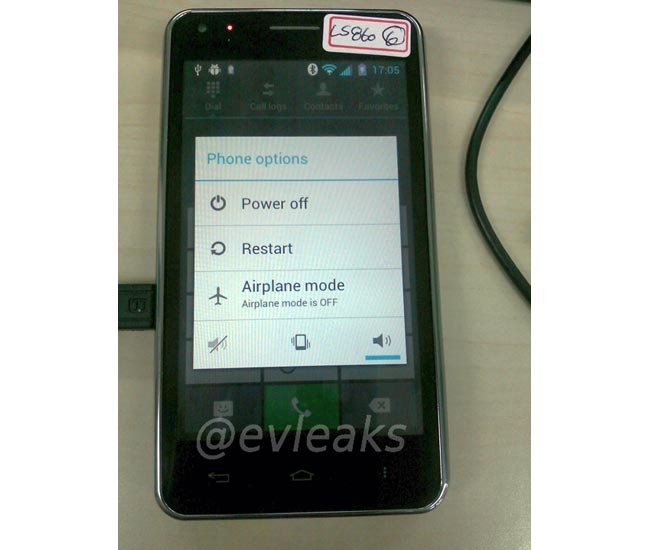 According to the details that came along with the above photo the LG Cayenne will feature a 4 inch qHD touchscreen display with a WVGA resolution, and processing will be provided by a Snapdragon S4 dual core processor.

Other rumored specifications on the LG Cayenne include 1GB of RAM, a slide out QWERTY keyboard and Android 4.0 Ice Cream Sandwich, plus 4G LTE. There are no details as yet on when it will be available and how much it will retail for.