LG has announced the launch of a new LED 3D HDTV, the LG LX9500. This new 3D LED HDTV from LG is incredibly thin measuring just 22.3mm at it thickest part. The model shown in the photos features a 55 inch display, which has around 1,200 individual LEDs. 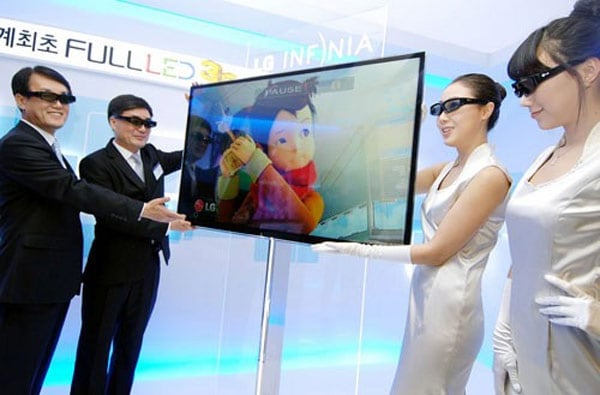 The LG LX9500 will go on sale in Korea initially, and will then be available in the US and Europe. There will be two models in the range, one with a 47 inch display and one with a 55 inch display.

There are no details as yet on pricing, although we can expect these new 3D HDTV’s to be pretty expensive. Have a look at our handy a OLED TV Explained guide for more information on the latest HDTV’s.