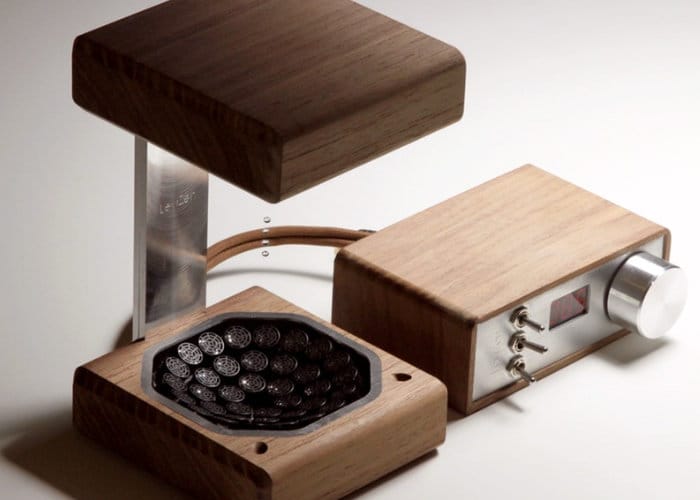 A unique project has launched via Kickstarter this week in the form of the LeviZen water levitating desktop toy, which allows you to suspend water in midair using silent acoustic levitation technology. Watch the demonstration video below to learn more about the unique LeviZen designed by Simplistyk.

LeviZen is now available to back via Kickstarter with pledges available from $199, offering a considerable 50 percent saving off the recommended retail price of $399 when the Kickstarter campaign concludes. “It’s mind bending to see water levitate on Earth because of gravity of course. Well, as you may know from our previous Kickstarter project, we like to tease gravity. So, we’re pleased to announce our next product, LeviZen, the mind blowing liquid levitator! When observed, water is a magical material, it’s formless and it adapts it’s shape to the object it’s poured in. But when it’s suspended in the air, its character is unveiled and all of a sudden you can see water for the first time.”

For more information on the LeviZen and to make a pledge jump over to the Kickstarter campaign page via the link below. If all goes well worldwide shipping is expected to take place during July 2018. But don’t delay and the early bird pricing is only available to the first 1,000 backers and at the time of writing only 593 remain.