Gamers looking forward to the launch of the new Leviathan Warships cross platform game later this month on April 30th, are sure to enjoy this awesome trailer for the game, showing you a glimpse of what you can expect when it officially launches. 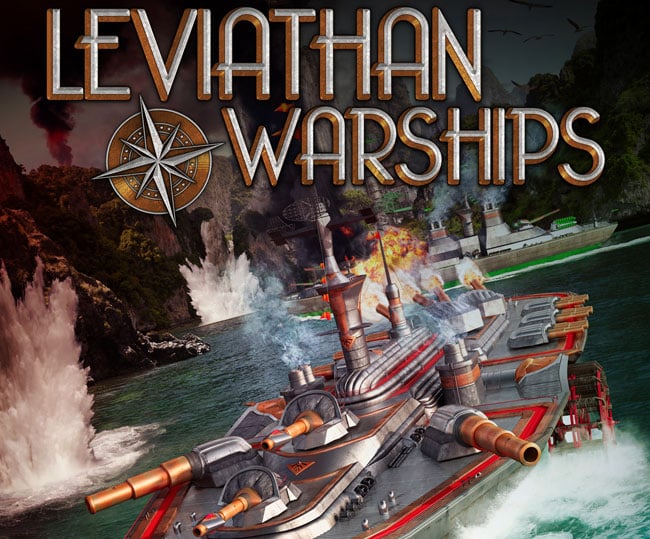 “Leviathan: Warships is a strategic action game where players can build and customize their own fleet of warships to play with or against their friends. Play together in the co-op campaign missions against the growing Marauder threat or fight through special Challenge Missions with your friends.

If you rather want to test your admiral capabilities, you can fight against your friends or foes in Leviathan Warships multiplayer skirmishes across 14 different Leviathan Warships maps. The Leviathan Warships fleet editor features multiple ship and weapon types which can be combined in almost any possible way, allowing players to try out a vast amount of strategic possibilities.”

– Turn-based gameplay enables you to take your time to plan your moves
– Build and Customize your own personal warships, featuring up to 11 ship and 16 weapon types
– 3 different factions: Commonwealth, Marauders and Elites
– Cross-platform play across PC, Mac, iPad and Android devices
– Five Challenge missions that can be played with up to 3 other players
– Co-op campaign spanning 9 missions which can be played with up to 3 other players
– Face your friends and foes in multiplayer skirmishes across 14 maps
– Cloud saving ensures the possibility for you to continue your sessions from any computer, tablet or location
– Save replays of your battles and use them to improve your tactical skills for the future

Leviathan Warships will be out for PC, Mac, iOS, and Android on April 30th.