Lenovo documents have been leaked that reveal specifications for Lenovo’s new Windows 8 tablet, which has been named the Lenovo ThinkPad Tablet 2, and recently made its way through the FCC.

The leaked document indicates that Lenovo is targeting the new Windows 8 tablet at the business market and positions the ThinkPad Tablet 2 as a competitor to Apple’s iPad. 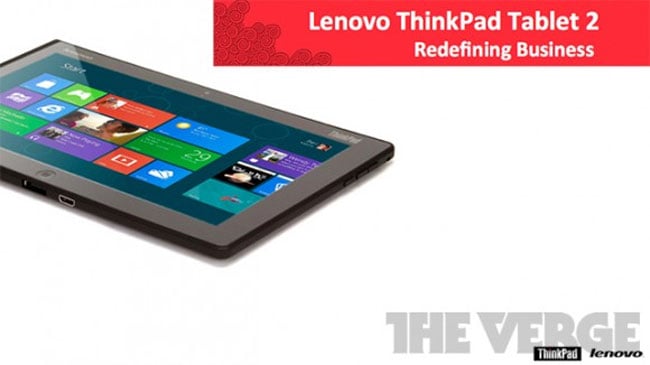 ThinkPad Tablet 2 specifications revealed in the leaked slides indicate that the tablet is powered by a dual-core Intel Clover Trail processor, supported by 2GB of RAM, and will be fitted with 64GB of internal storage for data and media files.

Its fitted with a 10.1-inch WXGA multi-touch display, which has the ability to be used with a stylus is required for writing and sketching. Other features of the new Lenovo ThinkPad Tablet 2 include NFC, a fingerprint reader, and HSPA+/LTE connectivity.

A keyboard dock was also revealed in the documents, and the Lenovo ThinkPad Tablet 2 is expected to launch on October 26th with Windows 8, but unfortunately no details on the tablet’s or its accessories prices have been revealed by the leaked documents. 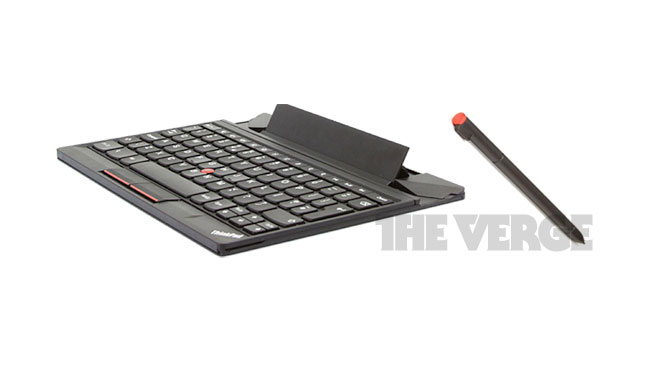