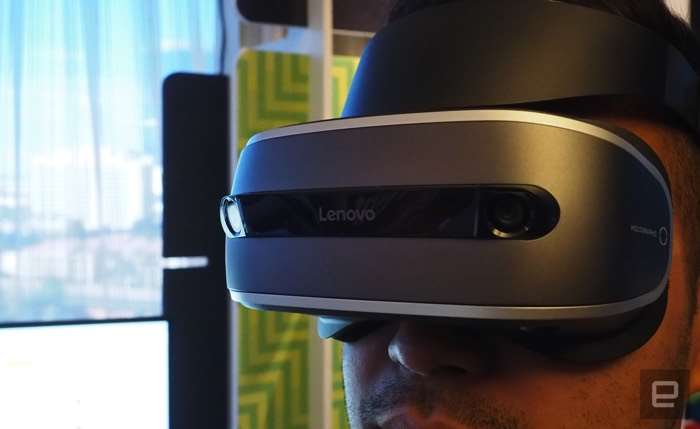 Lenovo has shown off another new device at CES 20176, the Lenovo VR Headset and the device will be compatible with Windows PCs and devices.

The Lenovo VR Headset will cost less than $400 when it launches, it will be made available some time later this year.

This new VR headset that is being shown off at CES weighs in at around 550 grams, this is about the same as the HTC Vive, the final model will be lighter at around 350 grams.

The device will display a pair of 1,440 x 1440 OLED displays, although according to the guys over at Engadget, the model being shown at CES does not turn on at the moment. As soon as we get some more details about the device, we will let you guys know.