Though not officially a Lego project, these Lego compatible Dr. Who sets are ready to spread joy amongst the faithful. There’s even a Dalek in one of the sets! It still makes us wonder about exactly why Dr. Who has endured for so long when other awesome British sci fi sagas have fallen by the wayside. Blake’s 7 anyone?  The late great Blake’s 7 was Star Trek, 1984, Battlestar Galactica, and Mass Effect (way before there was Mass Effect) rolled into one. Alas, it did not stand the test of time. 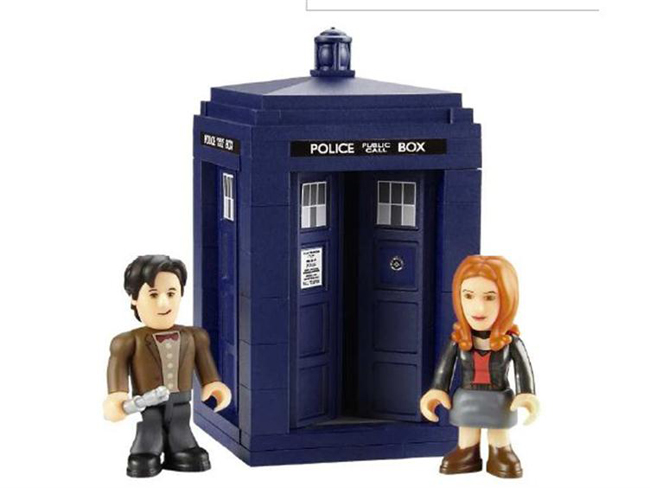 Moving on (yes, definitely moving on), pictured above is one of three different sets available for preorder at Big Bad Toy Store where it says:

Build your very own TARDIS and re-create adventures in time and space with the Eleventh Doctor and Amy Pond! The TARDIS, or Time and Relative Dimensions in Space, is the Doctor’s vehicle and home that can take him to any place and any time. Remember, it’s bigger on the inside than the outside! Includes constructable TARDIS, fully articulated Eleventh Doctor and Amy Pond micro-figures.

The Lego compatible sets are due to become available in July and are going for $19.00 each. Throw in an extra $2 for a collector’s grade purchase that’s ideal for putting the set on display.