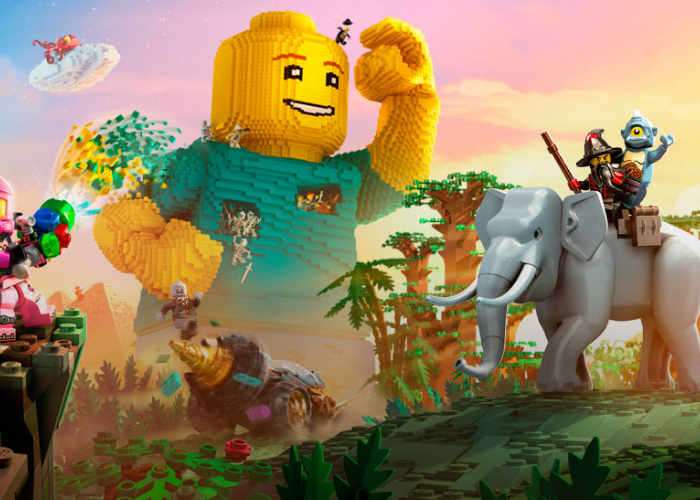 LEGO fans patiently waiting for the launch of the new LEGO Worlds game on PlayStation 4, Xbox One and PC systems. Will be pleased to know that it is now available to preorder and pre-download in anticipation of the official launch day which will take place on March 7th 2017.

LEGO Worlds has been created by Traveller’s Tales and will be published by Warner Bros. Entertainment offering Lego fans a sandbox game that allows players to build constructions in a 3D procedurally generated world. Check out the official trailer below to learn more about what you can expect from LEGO Worlds.

LEGO Worlds has been in early access for some time as well as allowing both PS4 and Xbox gamers to enjoy beta development stages. As developers explain a little more :

So what does leaving Early Access mean to you, us and everyone else then? Ironically, from our perspective, it doesn’t really change all that much in terms of our planning ahead. We have a wall of ideas that we still want to add. But having been in Early Access for over 18 months, we feel it’s the right time. If you’ve been keeping tabs on us through our latest community video, you know the team has been hard at work behind the scenes with some fantastic game updates and we have some amazing things planned for February launch.

For you, it means you know that we’ve reached a point where we can confidently say this title is ready for launch. You’ll also be pleased to hear that we plan to continue to support Worlds for the foreseeable future with a host of regular updates planned throughout the year which will introduce more of your highly requested features, as well as our own.

This will lead up to our release date nicely. A date that we can now confirm as March 7th! Now I know, I said February, but as you will also know, we don’t release something unless we’re happy with it. And until this week, we weren’t happy with a few things that were keeping us from entering Certification. However, with many late nights for our dev team, we’re now happy to move ahead and make sure that the release is up to the standard our Early Access players, and ourselves, expect it to be.

Speaking of our Early Access players. I promised you a little something as a token thank you for your support during what has been an incredible experience for us. So with that in-mind I can share that all Early Access players will be receiving an unique in-game hat for the character customiser, and also be receiving the LEGO Worlds Soundtrack at no extra charge.

LEGO Worlds allows players to build a world made up of Lego bricks. The player is rewarded for collecting objects spread across the map with “studs”, an in-game currency. The player can then build using the items they have encountered. Players can create their own world by using predefined Lego structures or using the “brick-by-brick editor tool”.

Players’ appearances and outfits are also customizable in the game. Terrain and environment can be modified via landscaping tools. A variety of vehicles, such as helicopters, and creatures are also featured in the game. A multiplayer option and features for world-sharing are also set to be added to the game through later updates this.