Lego modeller Paul Vermeesch has created a fantastic Lego Star Wars version of the famous, M.C.Escher’s 1953 lithograph “Relativity“. As you can see in the image below the optical illusions are carried out to great effect using the Lego Star Wars characters and adding a modern twist to the original lithograph. 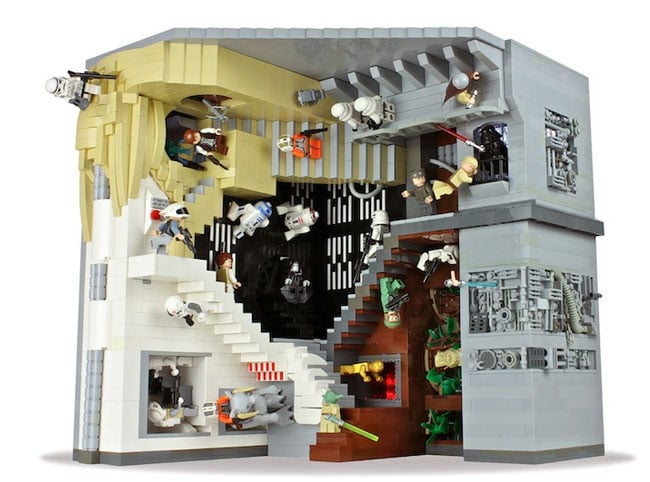 “I present my largest creation to date: a 1x1x1 foot model of M.C. Escher’s print “Relativity” reenacted in the Lego Star Wars theme. A far larger, cleaner, and more detailed rehashing of my 2010 version, this diorama is fully lit from the inside, presents the original Star Wars trilogy in a roughly counterclockwise format, and even features a minifig-scale theatre in the back which plays Lego’s CG version of the Star Wars saga. Enjoy!”

You can see more images from the Paul Vermeesch Lego Star Wars creation over on MOCpages website.