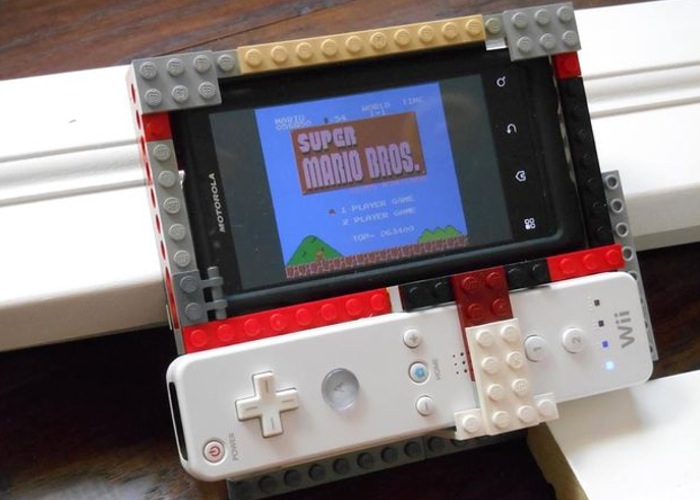 If you have a little Lego lying around and fancy building your very own Lego game controller you might be interested in a new Instructable post that allows you to do just that using a Wiimote.

As you can see in the image below the Wiimote is held in place using the Lego bricks and provides a handy physical game controller for playing games when you would prefer not to use the on screen touch controls that can sometime not be that accurate when playing games on touch screen devices.

The system will also work with a PlayStation 3 controller but you will obviously need to adapt the Lego framework to suit both your desired game controller and smartphone device.

For more information on the new Lego game controller and full instructions on how to build one jump over to the Instructables website for details. You will also nee to download the wiimote-link app for Android devices.

But be aware that the Android app is not compatible with all phones or the Android 4.2+ operating system. For more details jump over to the Google Play store where you can download it for free or the official support site for compatibility issues.