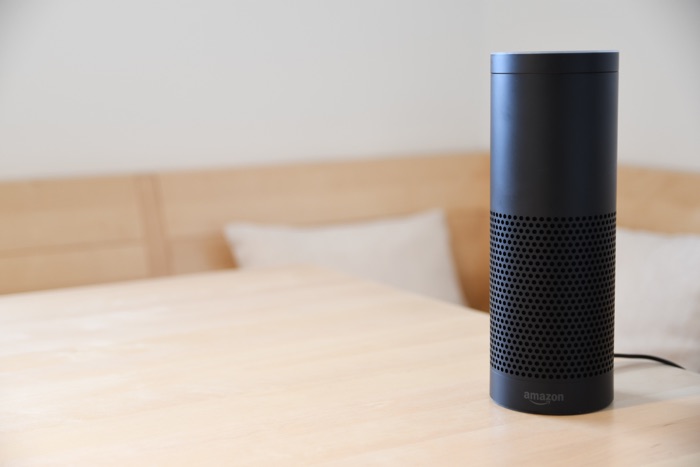 It’s hard to deny that voice assistant devices have completely revolutionised the way we live our lives. In more ways than one, they have made even the simplest of tasks even easier – from switching on your lights to giving you weather updates for the day. So, it’s certainly easy to see why they are so popular.

From Amazon Alexa to Google Home and everything in between, there are a plethora of voice assistants to choose from on the market. So, you’re most definitely not short of options if you’re looking to give your home a 21st-century makeover and keep up with the times.

However, voice assistants have recently begun to steal the limelight for all the wrong reasons. You might just have heard some of the stories yourself, such as Google tracking which apps you’ve used, the websites you’ve visited, or even stories of Amazon employees listening to your conversations. Either way, there are many reasons why you should be concerned – all of which will be covered in the following article.

Manufactured by huge multinational corporation Amazon, Alexa is a hugely popular voice assistant device that is available in multiple forms. The most basic model is the Echo Dot, which is a small and hugely affordable device that can be picked up for as little as $29.99 at the time of writing. Those who are looking for something a little more advanced can choose from its bigger brother known as Echo, with other alternatives including the Echo Plus, Echo Spot, and Echo Show.

Amazon’s Alexa system also comes complete with other devices in their range which includes the Amazon Fire Stick. This is operated with the included voice remote, or via an application which you can install via the Google Play Store or Apple App Store. It allows you to search for movies, TV shows, and more without having to type anything in, making input way easier than ever before.

Allowing you to operate your mobile devices and applications with voice commands, Siri is Apple’s voice assistant that came into being upon the introduction of the iPhone 4S. Allowing you to convert currencies, identify music, check the status of flights, and so much more, the possibilities are endless with Siri.

Having come on leaps and bounds since its inception, it’s safe to say that Siri is one of the most widely used voice assistants throughout the world. The ability to adapt to the language and preferences of the user makes Siri a hugely intelligent choice for users of Apple products, and comes bundled with their most popular products which include the iPhone and iPad. It’s now even available on their home smart speaker device known as the Apple HomePod too.

As the name suggests, Google Home / Google Assistant is the personal assistant service which is provided by the world’s largest search engine turned technology giant. Their smart speaker comes in the form of the Google Home device which is available in multiple editions including the Home Mini, Home Max, and Home Hub smart display to cater for various needs and budgets. The range was introduced to compete with Amazon’s ever-popular range of smart assistant products.

Google Assistant, on the other hand, is available for install on Android devices, which means that it could potentially be installed on millions of devices running that particular OS. It’s clear to see that Google isn’t messing around when it comes to increasing the user base and reliability of their assistant. After all, it is now available in 80 countries and can speak an astonishing 30 languages at the time of writing.

One of the biggest things to take into account when it comes to voice assistants is that they are always switched on. What this means is that it can potentially be listening to your every word, and could then use this data for purposes such as targeting you with ads, or potentially even use this data to improve speech recognition and natural language understanding systems.

Either way, it’s clear to see that a lot of information can be collected on you – particularly if you are close by to your device for a large proportion of the day. This has huge implications when it comes to privacy, as many stories have begun to hit the headlines in recent times. This includes accidental orders being made when a smart speaker was listening to a conversation. Many news pieces have even confirmed that Amazon employees have been listening to Alexa conversations, which is deeply concerning for those who are worried about anyone snooping in on their private data.

To make matters worse, cybercrime is constantly on the rise. This means that any internet connected devices such as the Amazon Echo or Google Home could potentially be hacked by online data thieves – in spite of the security protocols which are put in place by the respective manufacturers.

In order to avoid this, you will need to take the necessary precautions, which includes only storing essential information on the devices, regularly deleting your saved files, and not connecting your smart devices to other Internet of Things enabled devices such as smart locks. Keeping your devices up to date and secure is also highly recommended, as any device which is connected to the internet can be infected with malware if you aren’t careful.

Overall, it would be appropriate to suggest that having a voice assistant set up in your home could potentially have huge implications on your privacy. Sure, it’s all well and good being able to turn off the lights without having to get up out of bed, or being able to play your favourite songs without the need to click a button. But, given the fact that stories such as Amazon employees listening to Alexa conversations have recently surfaced, we most definitely see it as a cause for concern, and you probably should too.

Therefore, if you have any concerns over your online privacy, you should proceed with caution and do some thorough research before you invest in any of the aforementioned devices. In doing so, you’ll be far more prepared to keep yourself protected in the fight against cybercriminals and any other prying eyes (or ears, in this case).