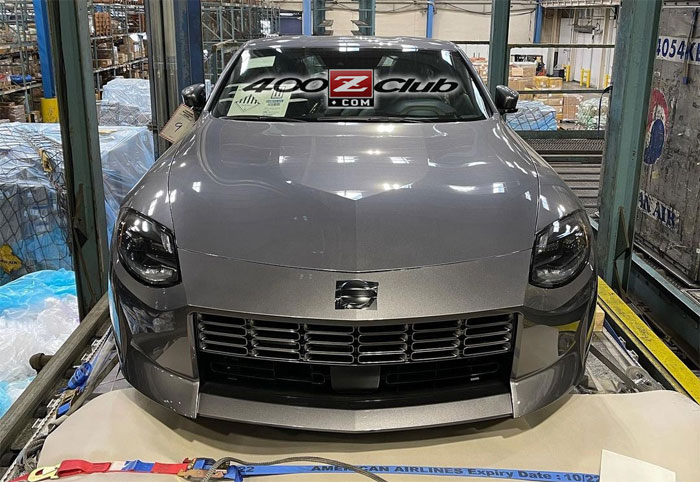 An image and video have leaked that allegedly show the production 2022 Nissan 400Z sports car. According to the leak source, the picture and video were taken in LA by a worker at the LA port where the car arrived. Rumor suggests that while the cars are essentially production-ready and what is seen in the images should be 99 percent of what’s delivered by Nissan when the car launches.

Interestingly, the video and images show a car that Nissan has changed somewhat from past patent images. Specifically, the top oval grill shapes our body color instead of black. Two cars were reportedly delivered to the port, with one being a manual and another being an automatic.

The assumption is that both vehicles are press cars meant to allow journalists to test out the sports car ahead of production. The car is rather attractive and keeps the two-seat form that has made the Nissan Z car popular during its production run. Presumably, power will come from a Nissan V-6 engine.