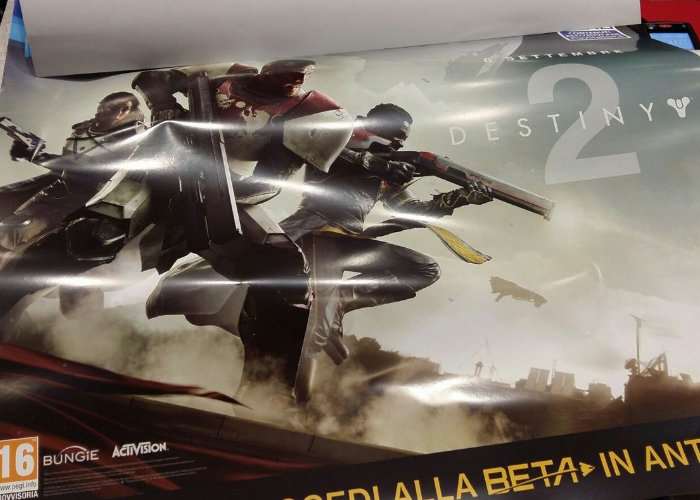 What looks to be a legitimate Destiny 2 advertising poster has been leaked online confirming that the new game can be expected to be available sometime during September 2017.

As you can see from the image above in the top right-hand corner September is clearly printed on the advertising material together with a sentence that indicates a beta development stage may be available first or during September ahead of the launch later in the year.

You can expect Destiny 2 to be available for the holiday season and more information will be made available by Bungie and Activision over the next few months. As always we will keep you up-to-date when any new information is either leaked or officially announced by the development team or publisher.