Users of the awesome Launch Centre Pro iOS application will be pleased to learn theta anew update has been released the is week which brings with it new actions and a re-designed action composer.

If you have an iOS device but are not using Launch Centre Pro it might be worth a little more investigation as it provides a number of useful application launching time saving shortcuts that become hard to live without. Watch the video after the jump to see it in action. 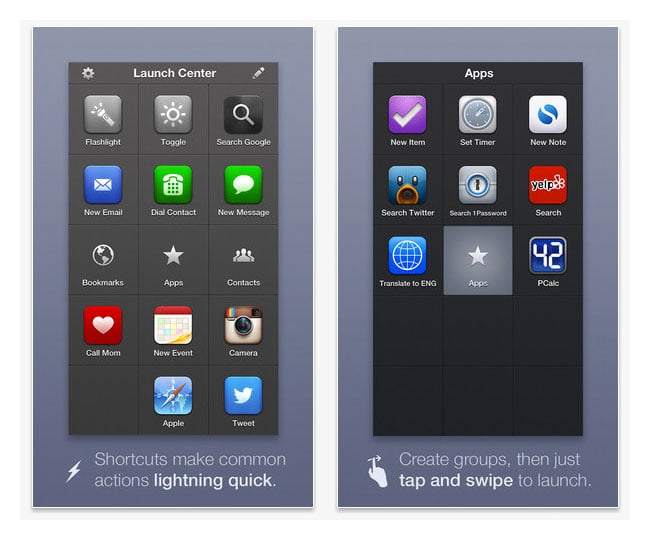 “Launch Centre Pro is like speed dial, but for more than just phone calls! Launch Center Pro creates lightning quick shortcuts to specific features buried deep within apps. Call a loved one, message a friend, launch Instagram’s camera to quickly snap a pic, tweet, or turn your iPhone into a flashlight. Launch Center Pro gets you to where you’re going faster than ever before!”

The latest Launch Centre Pro 1.1 update has also brought with it a limited time price discount down from the normal $4.99 to just $2.99 and is available from the iTunes App Store now.