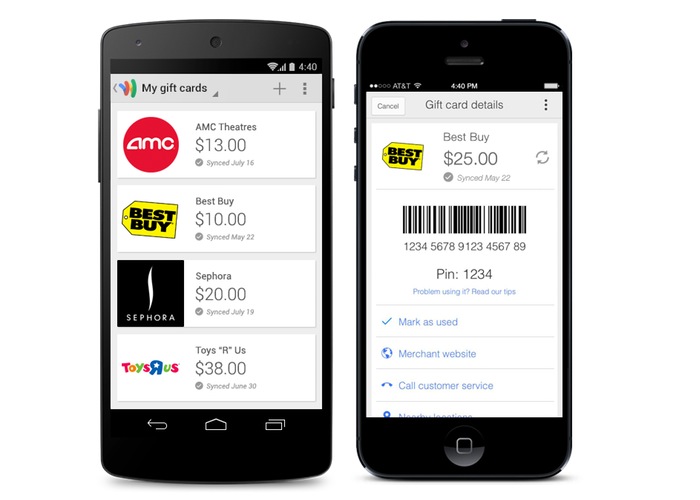 Google Wallet users based in the US can now get their hands on a new Google Wallet update which brings with it a number of new features to both Android and iOS devices.

New features within the latest Google Wallet app include the ability to store your gift cards on your smartphone for convenient access without the need to carry around the originals and also lets you keep an easy track on your balances.

“You can already store your loyalty cards and offers in Google Wallet, and now you can easily keep your gift cards in Wallet too. Add your cards to Wallet just by snapping a picture of them or typing in the card info. Then, when you want to use the gift card at the store, just show your phone to the cashier at checkout.”

As with most updates rolled out by Google the latest features are expect to land on both Android and iOS devices in the next couple of days. So if it hasn’t landed on your device as yet be patient as it is on its way.