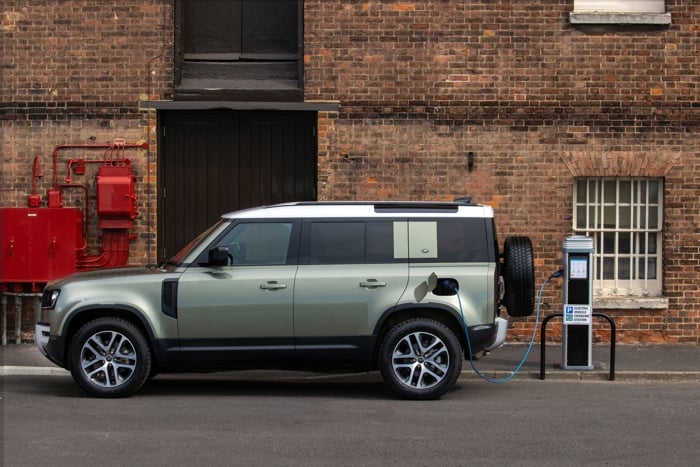 Land Rover have announced a new plug in hybrid version of the Land Rover Defender, it comes with 404 PS and a 0 to 60 times of just 5.4 seconds.

There are also some other new engine options including Land Rover’s powerful and efficient in-line six-cylinder Ingenium diesel engine.

For 2021 Model Year an advanced new Plug-In Hybrid (PHEV) model – the P400e – is key to Defender’s expanded appeal. Combining a powerful 2.0-litre four-cylinder petrol engine and 105kW electric motor, the 404PS P400e delivers substantial torque alongside low running costs, with CO2 emissions of just 74g/km and combined economy of 85.3mpg (3.3l/100km). It will run in all-electric mode with zero tailpipe emissions for up to 27 miles (43km), including off-road where the immediate torque from the electric motor makes Defender even more capable.

You can find out more details about the new Land Rover Defender engine options over at Land Rover at the link below.