Apple bought the online music service Lala a while back and most folks knew that the days of Lala would be short. Apple was expected to integrate some of the Lala tech into its own offerings. Lala and Apple have now announced that the Lala service will be shutting down.

The last day of operation for the service will be May 31. Existing users of Lala will be able to continue logging in and accessing their accounts until that day. Obviously, no new signups will be accepted. 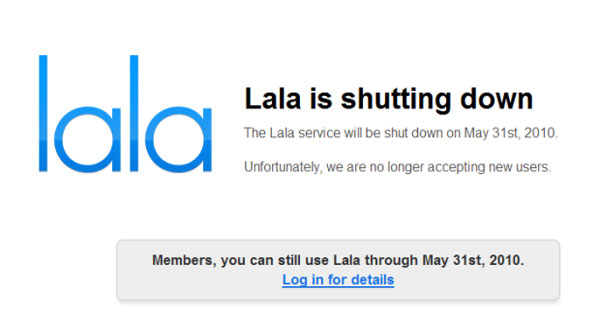 TechCrunch reports that people with credit left in Lala will have those credits transferred over to iTunes. There are some rumors going around that Apple will be launching an iTunes.com offering in June. If that is true, it will undoubtedly mean Lala is being resurrected in an Apple subscription offering.