Some of our readers will remember the Kyocera Rise Android smartphone that was announced back in May, and now it would appear that the handset is headed to Sprint an Virgin Mobile in the US.

As a reminder the Kyocera Rise will come with Android 4.0 Ice Cream Sandwich, and the device features a 3.5 inch touchscreen display with a resolution of 480 x 320 pixels. 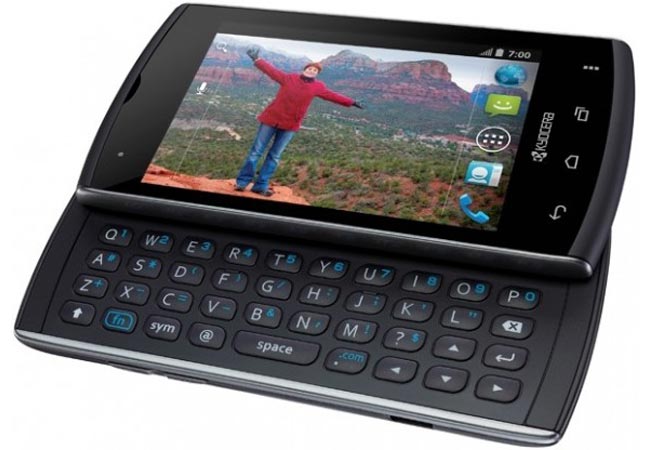 Other specifications on the Kyocera Rise include a QWERTY keyboard, and a 1GHz processor, plus 1GB of RAM and 2GB of built in storage, there is also a microSD card slot which can take up to 32GB cards.

The Kyocera Rise also come with a 3.2 megapixel camera which features an LED flash, plus WiFi and Bluetooth, there are no details as yet on when the device will and on Sprint and Virgin mobile and also no details on pricing.