Kyocera has launched another new Android smartphone on Cricket Wireless, the Kyocera Hydro PLUS, and the handset will retail for $139.99 with the carrier without the need for a contract.

The Kyocera Hydro Plus is designed to be waterproof, and the device comes with a 3.5 inch HVGA display with a resolution of 480 x 320 pixels. 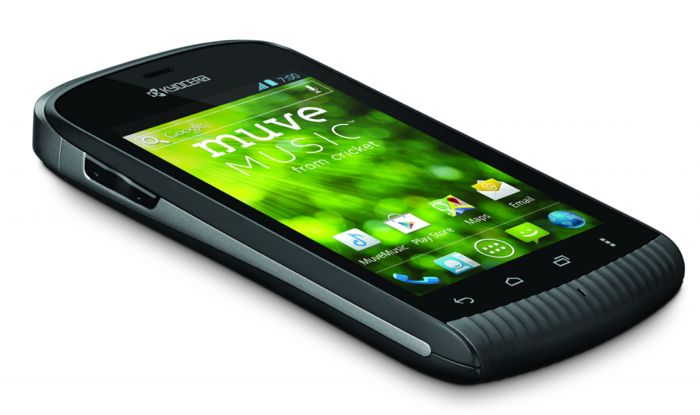 “The Hydro Plus is the fifth member of Kyocera’s Hydro Series, which has quickly become the gold standard in affordable waterproof smartphones,” said Eric Anderson, senior vice president and general manager of global sales and marketing at Kyocera Communications Inc. “Combine great real-world features like Kyocera’s waterproofing with Cricket’s Muve Music and fantastic service plans, and Hydro Plus becomes a tremendous way for Cricket customers to stay connected and entertained in any environment without breaking the bank.”

Processing on this waterproof smartphone comes in the form of a 1GHz Qualcomm Snapdragon processor, there is also 512MB of RAM and 2GB of built in storage.

Should you need additional storage, the Kyocera Hydro PLUS features a microSD card slot that can take up to 32GB cards, it also features a 3.2 megapixel camera with an LED flash, it comes with Android 4.0.4.