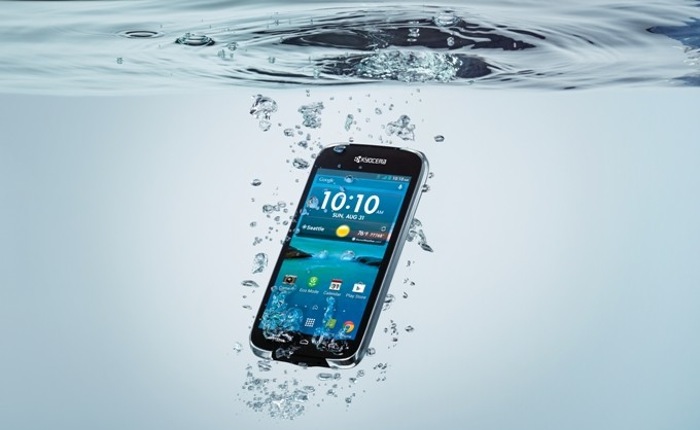 Kyocera has today announced that their rugged waterproof smartphone in the form of the Kyocera Hydro Life will soon be launching on the T-Mobile network and will also be available to purchase from Wal-Mart starting on August 8th for just $124.99 and MetroPcs on August 29th.

The Kyocera Hydro Life phone comes with a IP57 rating enabling it to be fully immersed in water up to a depth of 1 metre for up to 30 minutes without any damage being caused to the smartphone electronics.

As well as being waterproof the smartphone is also fitted with a 2,000 mAh lithium ion battery and is resistant to dust and dirt penetration and comes with Military Standard 810G protection against drops and knocks.

To re-cap the Hydro Life smartphone is fitted with a 4.5-inch IPS QHD screen offering a resolution of 960 x 540 pixels and is powered by a Qualcomm Snapdragon Quad core, 1200 MHz, ARM Cortex-A7 processor supported by Adreno 302 GPU and 1.5GB of RAM.

Other features of the rugged Hydro Life include 8GB of internal storage 2 megapixel front facing camera for video calling, together with a 5 megapixel rear facing for video and photographs. Jason Young, senior vice president of marketing at T-Mobile explains :

“The Hydro Life is a perfect option for someone who leads an active lifestyle, wants access to the latest technology and apps, but needs a smartphone that can withstand the elements,”-“At T-Mobile, we partnered with Kyocera to match a rugged smartphone with the only nationwide network built data strong.”