If you’re going to be at Comic-Con starting on July 11, you will want to drop by and check out Hasbro’s new Lego-style KRE-O building sets. The company is showing off when the new building sets already has a DIY Enterprise from Star Trek. There will apparently be other new kits unveiled at the show. 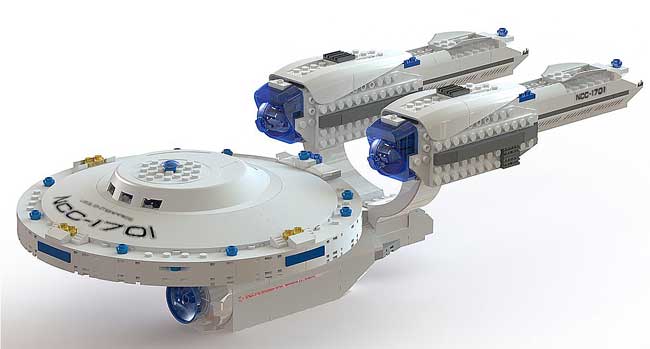 The company will also show off new KREON figures based on Star Trek including Kirk, Spock, and Bones. All of the Star Trek kits are based on the JJ Abrams Star Trek sequel from Paramount pictures. That movie should be really cool.

“Comic-Con International is the perfect place to give fans a sneak peek at upcoming KRE-O STAR TREK products and the teaser trailer for the KRE-O digital short produced by Bad Robot,” said Kimberly Boyd, global KRE-O brand director at Hasbro. “The KRE-O brand is enjoyed by consumers around the world and Hasbro is thrilled to work with the amazing teams at CBS Consumer Products, Bad Robot and Paramount Pictures to bring the STAR TREK property to life with KRE-O building sets.”