If you’re a big fan of racing games on your Apple iPad, a new racing wheel holder for the tablet has turned up on indiegogo called the Kolos. The device is designed to work with all iPad models except the first generation iPad and the newer iPad mini. The racing wheel comes in two versions. 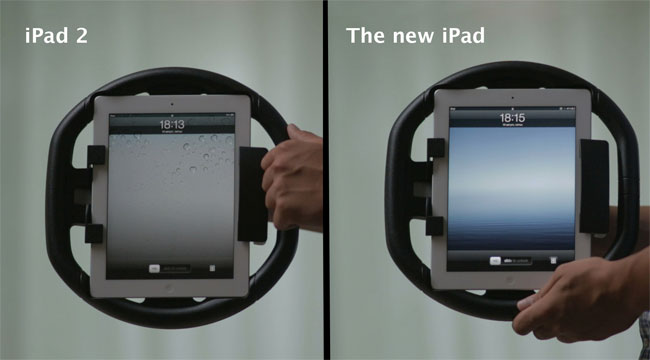 At least the version with the table now has an auto centering function to make driving more realistic. If you want one of these you can make a pledge of $85 and if the device gets funded you can have it by May of 2013. Funding is still up in the air with under $800 of the desired $150,000 pledged as of writing.