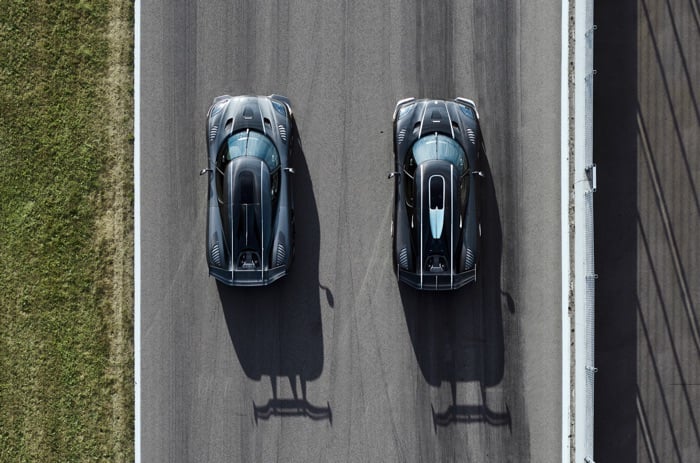 Yesterday we heard about the last two Koenigsegg Agera FE cars that were being produced, the company has named these two cars Thor and Vader.

Koenigsegg will be showing off these two vehicle at the Goodwood Festival of speed this week and now we have a video of these two Final Edition supercars in action.

The Final Edition designation is, in effect, a series within a series. The cars form part of the three-car Agera Final series first announced in March 2016. They have been named as ‘Final Edition’ cars by their owners with the consent of Koenigsegg Automotive. The Agera Final series is based on the Agera RS but with all options available to owners at no additional cost, including the development of bespoke aerodynamic solutions.

You can find out more details about these two new Koenigsegg Agera FE  cars over at the company’s website at the link below.