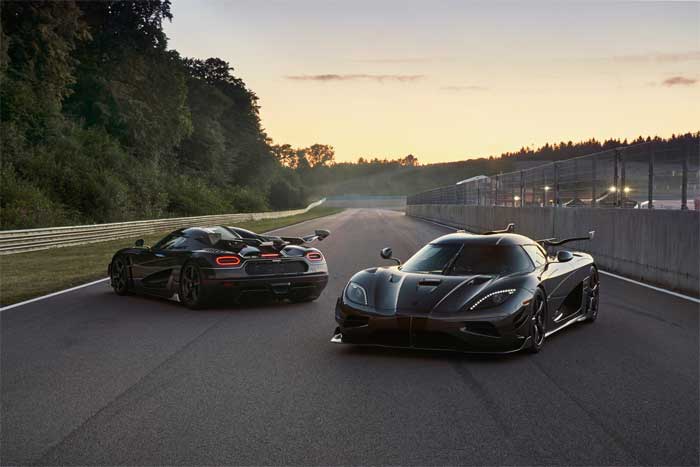 Koenigsegg has announced that the last two Agera RS cars have been made and they will be badged as Final Edition. Both of those Final Edition cars have all the options Koenigsegg offers thrown in at no cost to the buyers. If you are buying an Agera, paying for options isn’t a problem, but free is always nice.

Both the Final Edition cars have names with one called Thor and the other called Väder. Both the cars will go up Goodwood at the hill climb driven by their respective owners. Both cars are very similar with Thor slathered in clear carbon with diamond-flake in portions of the paintwork. It has a large central fin on the roof for high-speed stability.

Väder is in clear carbon with diamond flake and highlighted in white gold leaf. This car has two small rear winglets and cutouts in the support for the rear wing that shows the active aero workings. Both cars have a 1MW, 1360hp, engine upgrade and more.