Kingston has unveil their new 1TB Flash Drive, which is also the worlds very first at that capacity, at this weeks CES 2013 Consumer Electronics Show in Vegas.

The new 1TB Flash Drive named the DataTraveler HyperX Predator 3.0 is capable of providing read/write speeds of up to 240MB/s and 160MB/s respectively. 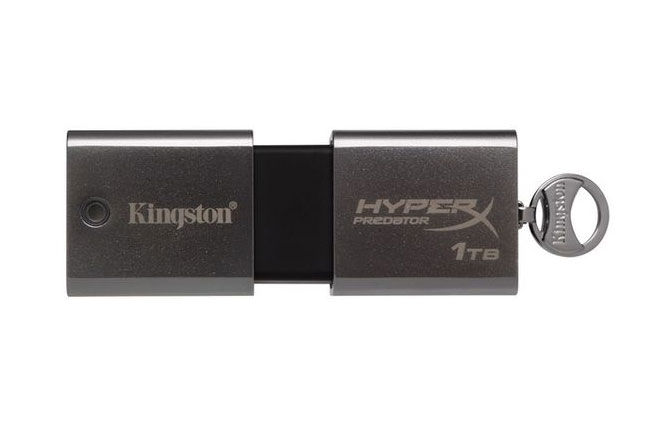 A smaller 512GB version is also being created, and will be available to purchase for $1,750, but as yet no price has been announced for the 1TB version. Andrew Ewing, Kingston’s Flash memory business manager explained:

“Our new DataTraveler HyperX Predator 3.0 allows users to store their entire digital world on a portable USB 3.0 Flash drive,” – “The large capacity and fast USB 3.0 transfer speeds allow users to save time as they can access, edit and transfer applications or files such as HD movies directly from the drive without any performance lag.”

If $1,750 is a little steep for your pocket Kingston will also be shipping  smaller 32GB and 64GB versions within the range, delivering read/write speeds of 150MB/s and 70MB/s.