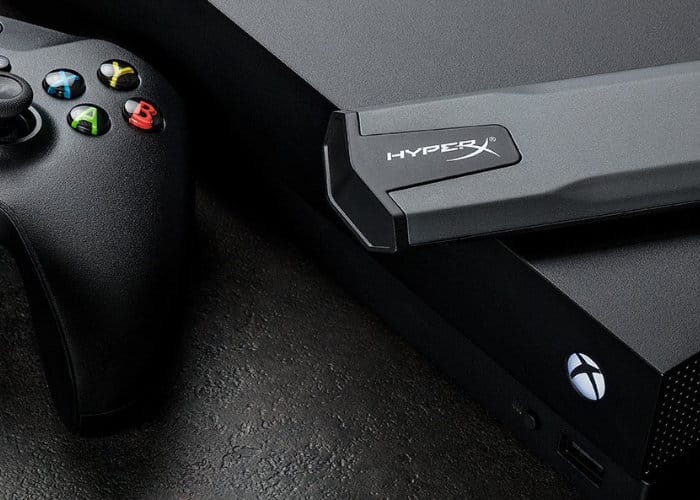 Kingston has created a new portable solid-state drive in the form of the HyperX Savage EXO to offer lightning quick transfer speeds on a wide variety of devices including Windows, Mac computers and PlayStation and Xbox consoles via a USB 3.1 Gen 2 connection. 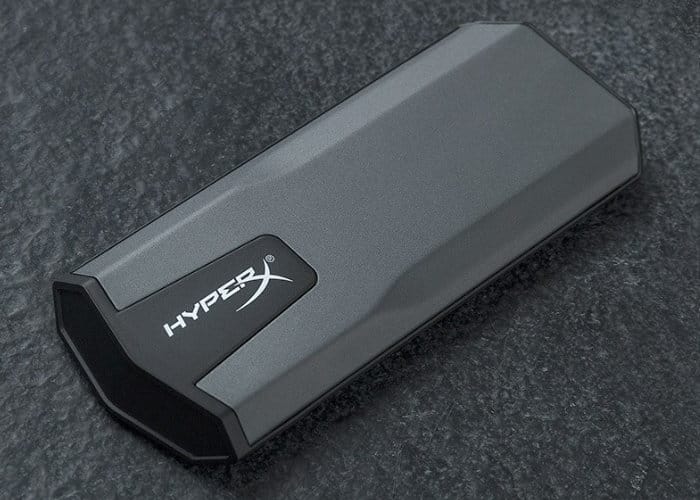 The lightweight and portable external SSD storage weighs just 56g and supports plug and play setup. “The HyperX SAVAGE EXO SSD utilises 3D NAND technology to deliver SSD speeds more reliably and efficiently than 2D NAND so you can get your games patched, installed, and booted faster. Slash load times with a drive that’s up to 20 percent faster than today’s game systems. The SAVAGE EXO is easy to connect, works with both Mac and PC, and can be used on your PlayStation 4 or Xbox One via the USB 3.1 Gen 2 connection. Weighing in at a trivial 56g, the super-compact SAVAGE EXO is the perfect solution for lightning-quick storage and transfer on the go.”
Specifications of the Kingston HyperX Savage EXO portable SSD include :
– External 3D NAND SSD
– Windows, Mac, PS4, and Xbox One compatible
– Plug N Play
– Includes USB Type C to A and USB Type C to C cables.
– Sequential Read/Write5 480GB-960GB – up to 500/480MB/s
– 123.82mm x 48.61mm x 10.24mm
– 56g
– Part Number: SHSX100/480