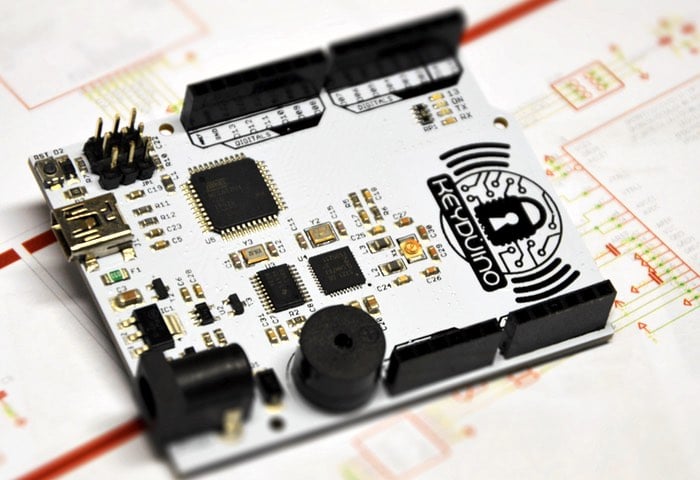 Makers and developers that are looking to build NFC Arduino-based projects may be interested in a new development board for the KeyDuino that has been created by Pierre Charlier.

The KeyDuino has been designed to provide an easy way to build NFC projects and takes the form of an Arduino compatible development board with a built-in Near Field Communication module.

Watch the video below to learn more about the inspiration behind the KeyDuino board from its creator.

KeyDuino will be the bridge that helps you wirelessly interact with your environment, drive motors, unlock strikes, control relays, read from a temperature sensor and all thanks to built in NFC connectivity, right out of the box.

For more information on the new KeyDuino jump over to the Kickstarter website for details and to make a pledge from €25 for early bird backers. If you making Arduino projects you may enjoy building your very own Arduino wind speed meter that requires just basic Arduino skills.