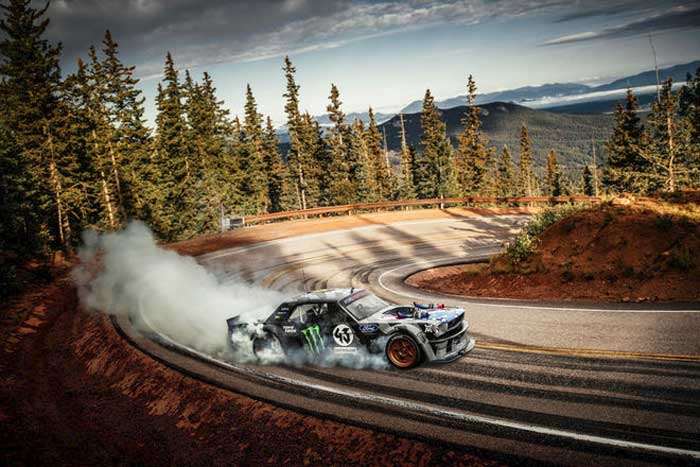 Ken Block is back with another cool video for us to check out and this one is a bit different Rather than spinning his way around stuff in a city as we are used to, this time he takes his even more modified 1400hp Hoonicorn Mustang up Pikes Peak in colorado Springs, Colorado.

Each year Pikes Peak is closed down for a few days for the international hill climb race and Block went. He had to mod is Hoonicorn Mustang to give more power for the 14,000 foot elevation and the lack of oxygen. Block and his team fitted the Honicorn with larger turbos and methanol as fuel for the event.

Block tore up the mountain doing donuts and coming literal inches from death in the video and it is worth a watch for the scenery alone. Living in Colorado Springs for over a year now, I have driven up Pikes Peak multiple times, imagine a narrow 2-lane road with sheer drops off the side at literally every turn that would certainly kill you if you mess up.