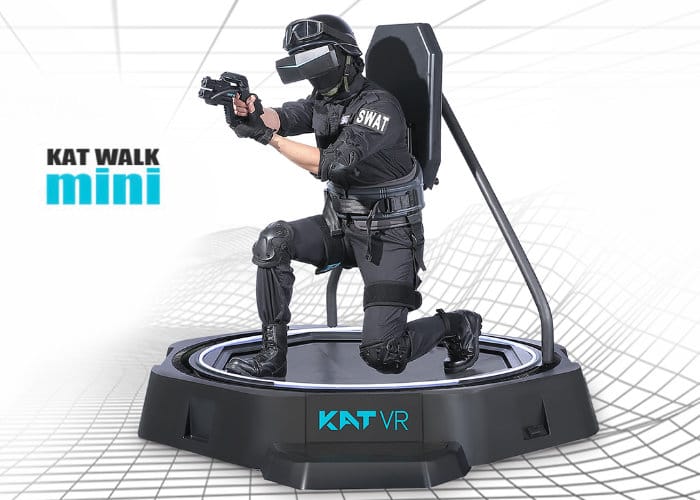 Virtual reality gamers and users may be interested to know that the Kat Walk Mini omnidirectional treadmill is now available to preorder offering a 50 percent discount off the full retail price which will take effect from May 18th, 2018 onwards. KAT VR Have opened pre-ordering for a limited time period making the KAT Walk mini available to preorder from $1,499. But do not delay as every excessive week the preorder price increases.

The relatively our website explains a little more about its thoughts on the pricing structure. “The original Kat Walk, a much larger unit, originally ranged between $400-$650 for early bird Kickstarters, although the MSRP is likely much more expensive than that (price available by inquiry only). If Kickstarters aren’t seeing a similar price break when the campaign goes live, then it’s safe to say the company is classing itself out of its target market.”

For more information on the Kat Walk Mini omnidirectional treadmill which is expected to launch via Kickstarter very soon jump over to the official KAT VR website by following the link below.