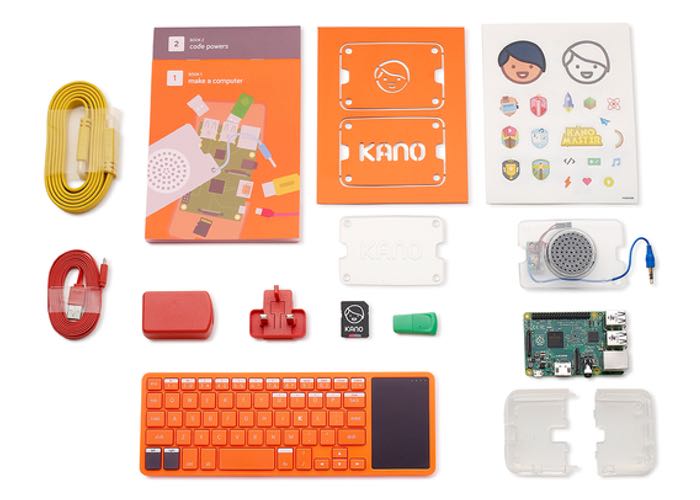 Kano has this week announced they have updated their awesome Raspberry Pi learning kit to now include the recently launched and much faster Raspberry Pi 2 mini PC.

To re-cap the Raspberry Pi 2 mini PC features a 900MHz quad-core ARM Cortex-A7 supported by 1GB RAM offering a learning experience that is six times faster than that offered by the pervious Kano kit that successfully launched via Kickstarter.

The new more powerful Kano computer kit will be shipping later this month and is now available to pre-order for £120. Its creators explain more about the mini PC learning kit.

“Kano is a computer you build and code yourself. Lego simple, Raspberry Pi powerful, and hugely fun. Manuals are boring. Kano is a story. With illustrated ideas and simple steps, build a computer, make stuff, and explore a new world. Make your own characters and level up.

ower up your personal computer with a speaker. Snap together the system, draw power from two secret ports (choose carefully). Then – raise the roof. Your magic wand. Type overhand or hold it game controller style. Navigate nimbly with an integrated touchpad, and independent click buttons. Wireless, two ways – USB RF for your Kano, and Bluetooth for the World”

Jump over to the official Kano website for more details, via the link below.