If you would like to connect an older Mac machine or any device equipped with a DVI, even a PC with a decent graphics card installed,  to a new Apple’s LED Cinema display, the KanexDual-link DVI Adapter C247DL can help you out.

The Kanex C247DL is a Dual-link DVI with USB to Mini DisplayPort converter allowing easy connection to Apple’s LED Cinema Display. Converting the video signal from dual-link DVI and delivering resolutions up to 2560×1600 together with integrated audio using a USB connection. 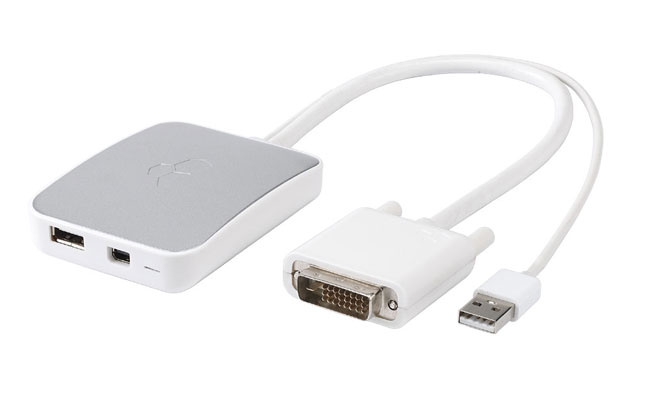 The new Kanex C247DL allows you to simply connect your older Mac systems by actively converting the DVI signal into sharp 2560×1600 resolution. Supporting 2006 – early, 2008 MacBook Pro, 2005–mid and 2007 Mac Mini with connections to the new Apple Cinema Display with Mini DisplayPort input. Since DVI does not support audio, the C247DL transfers audio via USB to the built-in speakers of the Apple LED Cinema Display.