If you like the style of Sony’s PSP handheld gaming console, but would prefer something that runs Google’s Android 4.0 Ice Cream Sandwich (ICS) operating system.

A new upgraded from the older JXD S601 in the form of the JXD S602, is now available to purchase for just $66, with 4GB of onboard storage included. Watch the video after the jump to see the JXD S602 in action. 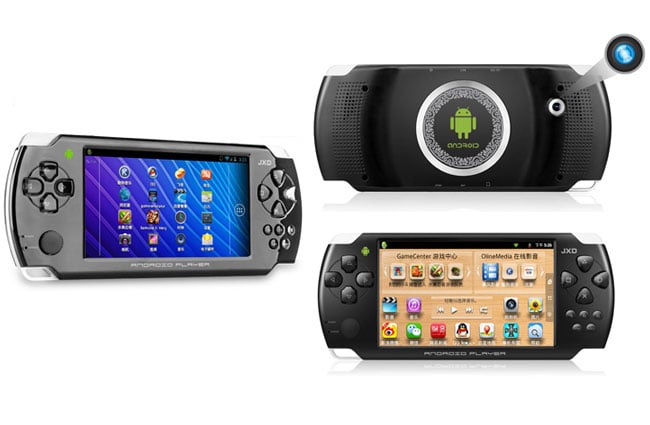 The JXD S602 Android gaming console is powered by a ARM: GP33003, ARM Cortex A8 1GHz processor. Which is supported by 512MB DDR3 memory and fitted with a 4.3 inch 2 points resistive touch screen.

Software preloaded on the JXD S602 include emulators for the PS1, N64, SFC, GBA, MD, FC to name just a few. For more information jump over to the Willgoo website for fully specifications and to purchase for $66.