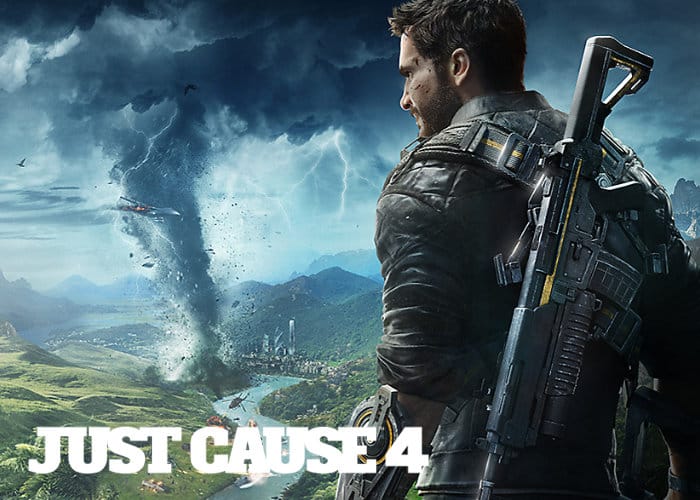 Just Cause 4 the aptly named sequel to the 2015 Just Cause 3 game developed by Avalanche Studios and published by Square Enix will be launching early next month and available to play on PC, PlayStation 4 and Xbox One consoles from December 4th, 2018 onwards.

The open world action adventure offers third person perspective during which the player assumes the role of series protagonist Rico Rodriguez. Watch the new cinematic trailer for the upcoming Just Cause 4 video game to learn more about what you can expect from the storyline and characters. The game is set in a fictional South American country called Solis.

“Just Cause 4 introduces a new adrenaline-fuelled chapter for rogue agent Rico Rodriguez. After Rico lands in Solís to uncover the truth behind his father’s death, he will be fighting the ruthless Black Hand militia in extreme conditions; led by the ruthless Gabriela, this is Rico’s ultimate challenge. A storm is approaching; are you ready to bring the thunder? The Black Hand serve as mercenary group to dictators Salvador Mendoza of Just Cause 1 and Sebastiano Di Ravello in Just Cause 3.”

For more details and to preorder your copy in anticipation of the official launch jump over to the official Just Cause 4 website by following the link below.