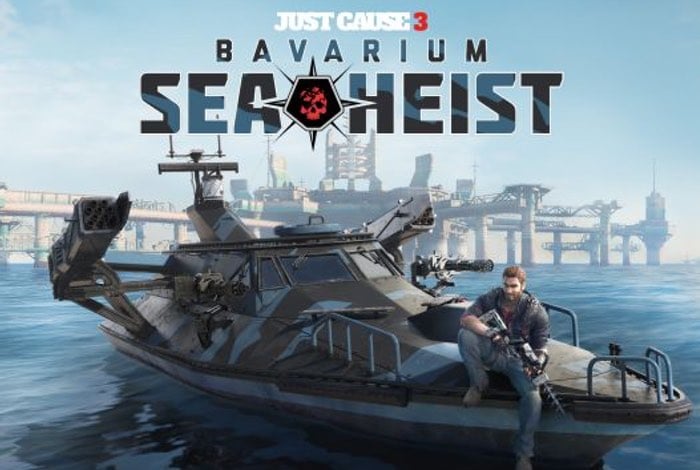 More details and a new trailer have been released today for the new Just Cause 3 DLC in the form of the Bavarium Sea Heist which will be available via general release on August 18th, 2016 and for season pass holders today for PS4, Xbox One and PC.

Check out the latest trailer to accompany the Just Cause 3 Bavarium Sea Heist DLC to learn more about what you can expect from the new content, gadgets, weapons and of course rocket boat.

Brave the dangerous waters of West Medici in your new rocket boat and infiltrate the Stingray, a mysterious research facility, home of the rarest and strongest weapon ever created by the Eden Corporation. This content pack includes a brand new location to explore, missions, a new challenge type, the heavily armed rocket boat and the devastating “Eden Spark” lightning gun.

– Liberate the Medici coastal waters of Scolio, home to Eden Research stations and the mysterious “Stingray” base.

– Infiltrate the Stingray base to steal the deadly “Eden Spark” lightning gun and unleash elemental death on your enemies in all new storyline and missions.

– Power up the Eden Spark further with mods earned in the “Boat Invader” challenge.