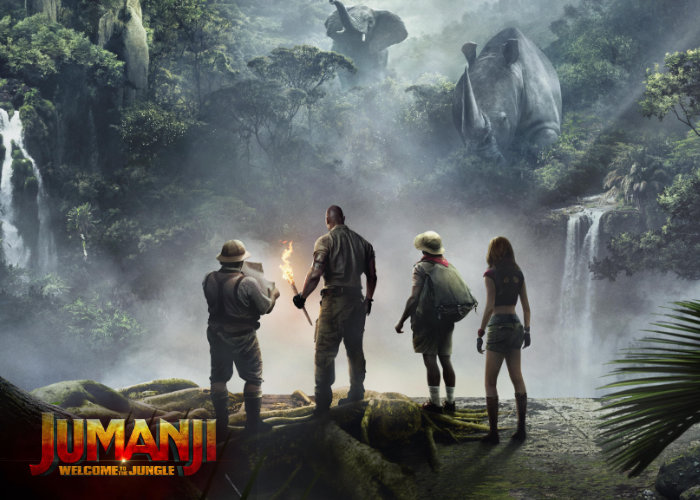 Over the weekend Sony Pictures Entertainment released a new trailer for the upcoming sequel to the popular Robin Williams movie Jumanji, Jumanji: Welcome to the Jungle which will be premiering in theatre screens worldwide from December 20th, 2017 onwards. Jumanji: Welcome to the Jungle stars Dwayne Johnson, Jack Black, Kevin Hart, Karen Gillan, Nick Jonas and Bobby Cannavale and takes place 20 years after the events of the first film.

The infamous board game has evolved into a video game and while cleaning out a school’s basement serving detention, four teenagers find it and get sucked into the same jungle setting that Alan Parrish got sucked into all those years ago. They also become their avatars inside the game and the only way out is to play along and finish it. In the brand new adventure Jumanji: Welcome to the Jungle, the tables are turned as four teenagers in detention are sucked into the world of Jumanji.

When they discover an old video game console with a game they’ve never heard of, they are immediately thrust into the game’s jungle setting, into the bodies of their avatars, played by Dwayne Johnson, Jack Black, Kevin Hart, and Karen Gillan. What they discover is that you don’t just play Jumanji –Jumanji plays you. They’ll have to go on the most dangerous adventure of their lives, or they’ll be stuck in the game forever… The film is also a tribute to Robin Williams who died on August 11, 2014. It is scheduled to be released in 3D and selected IMAX 3D territories on December 20th, 2017.