We have featured many different iPad styluses here on Geeky Gadgets over the years, but one thing has been missing from them all. The ability to provide pressure sensitive lines within artistic and drawing applications. That was until now.

A new iPad stylus called the Jot Touch is hoping to change this and provide iPad users with the ability to create pressure sensitive lines on the Apple iPad tablet, check out how it does this on the iPad in the video after the jump. 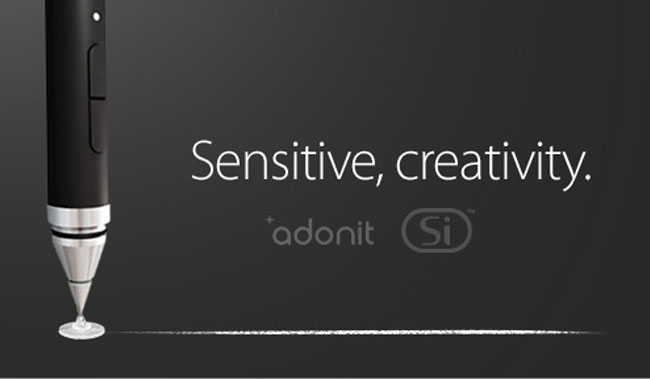 “The next step in the stylus evolution. Not all lines are created equally, so Jot Touch provides pressure sensitive input to deliver more accurate interpretations of your strokes. Using Bluetooth technology, Touch communicates with Jot Ready apps to give you a deeper experience. Two programmable shortcut buttons makes it easy to undo a mistake or change tools. Even if an app is not Pressure Sensitive, you still have the most accurate stylus around. Jot Touch is what we always dreamed the pen of the future would be.”

The new Jot Touch pressure sensitive iPad Sytlus has been created by Adonit who also created Jot Flip stylus, that was launched at the beginning of April of this year. Unfortunately no information on pricing or worldwide availability has been released as yet, but as soon as information comes to light we will keep you updated as always.