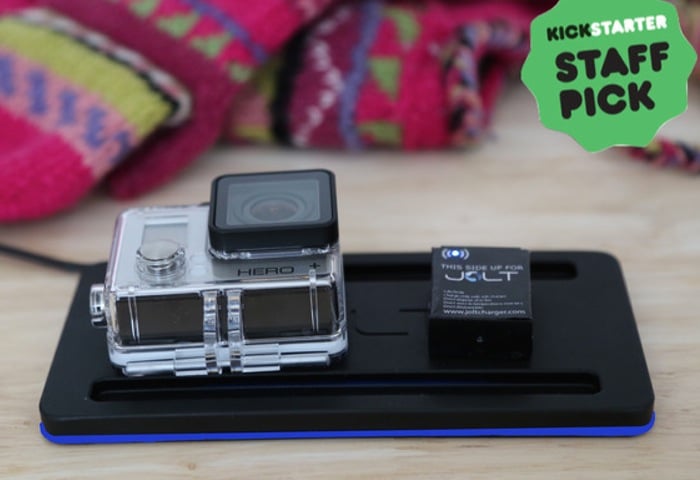 GoPro action camera users that are looking for a convenient and easy way to recharge their batteries during downtime, might be interested in a new GoPro wireless charger called the Jolt, which has launched over on the Kickstarter crowd funding website this week.

The Jolt GoPro wireless charger is looking to raise the $98,000 to help take the idea from concept into production. Check out the video after the jump to learn more about this handy action camera wireless charger. 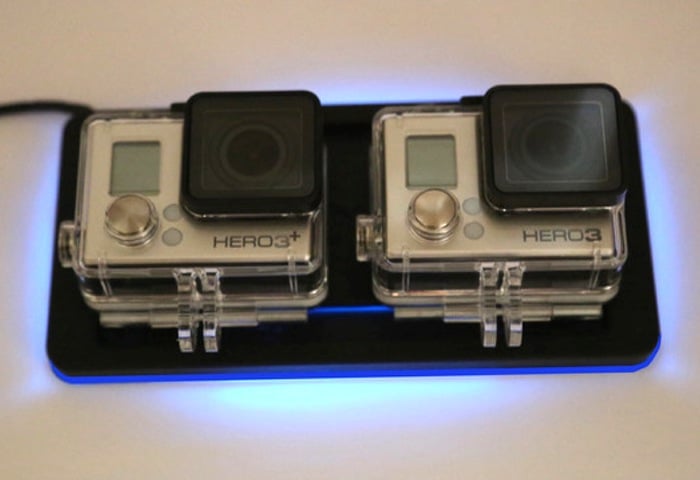 “Being enthusiastic GoPro users, we know the hassle involved with charging its batteries. You either have to open the housing, plug in the camera and wait for the battery to charge, or take out the battery too and put in a charger to charge. Neither one of these choices is a great option if you are in the middle of shooting some great action – especially outdoors around water, sand, or dirt.

We wanted to remove this pain point for us and other GoPro users. We thought to ourselves: There has GOT to be a better way! So we set out to build a wireless charger that lets you charge a battery inside the camera AND the housing by just placing the camera on a pad. In fact you can charge as many cameras or batteries that you can fit on the pad (up to 3 batteries or 2 cameras).

We teamed up with them to design and build our prototypes. We then put together an ace technology marketing and production team, and we now want to launch this product to share it with the GoPro community. We call the product Jolt.”

For more information on the new Jolt GoPro wireless charger jump over to the Kickstarter website for details and to make a pledge starting at $59 to become one of the first to own a Jolt.