Yesterday we saw a new 4K resolution tablet display from Japan Display, and now the copmany has announced a new smartphone display, which is possibly one of the highest resolution displays for handsets.

This new smartphone display from Japan Display measures 5.4 inches anf it comes with a resolution of 1440 x 2560 pixels, with 543 pixels per inch. 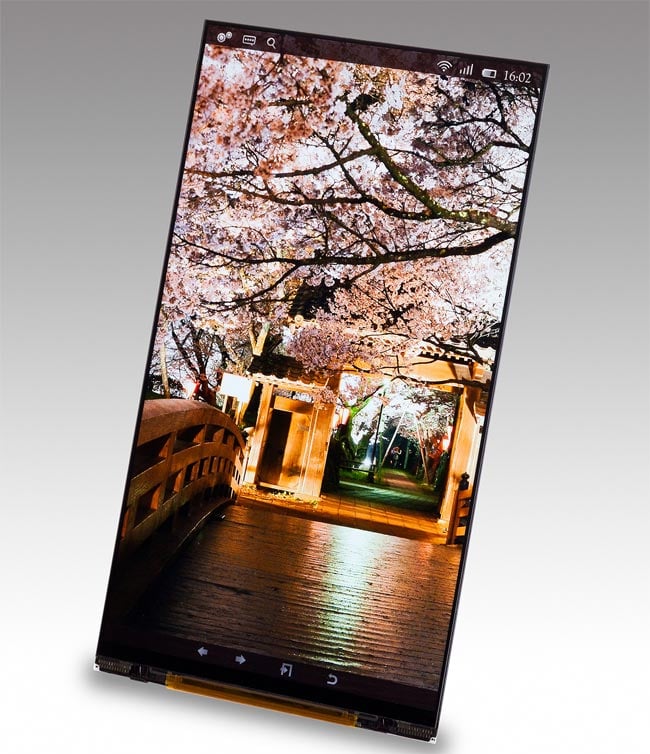 This new smartphone display is is a TFT LCD display and it comes with a 1500:1 contrast ratio and a 160 degree viewing angle, we could possibly see this new display launch in a Sony Xperia device first.

Japan Display is a collaboration between Sony, Toshiba and Hitachi, so it looks like Sony who are the major smartphone player out of the three could be the first to use this display.

The company also announced a new 6.2 inch display for smartphones that also comes with a resolution of 1440 x 2560 pixels, although this one has a lower density of pixels at 473 pixels per inch.

As yet there are no details on when we will see the first smartphones with this new WQHD display launch, we suspect we may have to wait until next year.