It looks like tablet are going to get even higher resolution displays, as Japan Display has announced a new 4K resolution 12 inch tablet display.

This new 12.1 inch tablet display from Japan Display has amassive 3840 x 2160 resolution, it comes with a RGB matrix arrangement and features a frame that is 2mm thick. 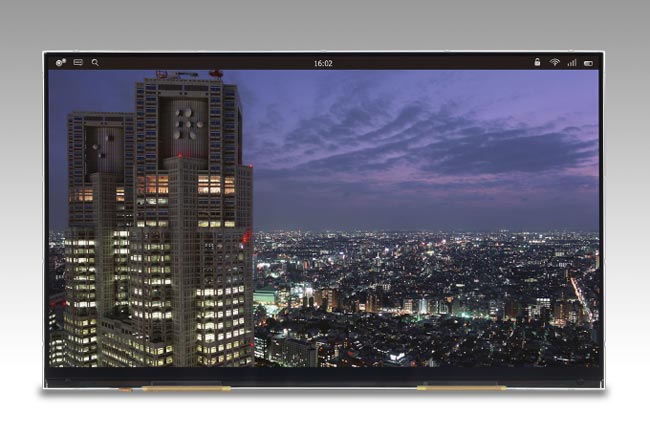 You can see a list of the full specifications on this new tablet display below, it is expected to go into production next year.

As yet there are no details on which manufacturers will be using this new 4K resolution display in their tablets, we wonder if Samsung or Apple will decide to release a 4k tablet with a 10.1 inch display. 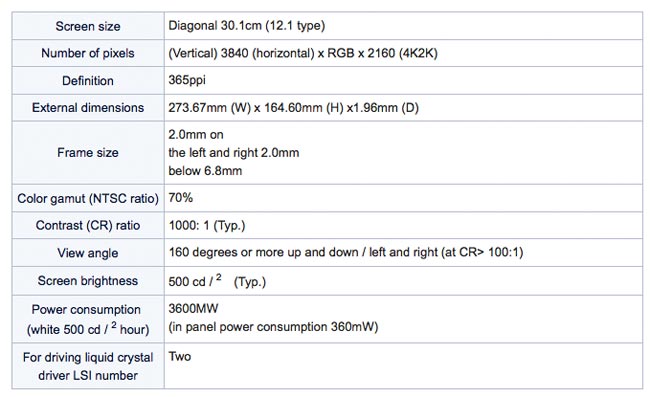 As soon as we get some more information on which company will be the first to launch a 4Km resolution tablet we will let you guys know, we suspect we may be a few years away from them being used in standard tablets, as 4K TVs are just starting to appear in retailers.