Yesterday we heard that Comex had released a new web based Jailbreak which was capable of jailbreaking a number of iOS devices including the iPhone 4 and the iPad 2.

It looks like the JailbreakMe iOS jailbreak has become popular amongst iOS device owners, as the team behind the jailbreak announced on Twitter that they have now reached one million jailbroken devices. 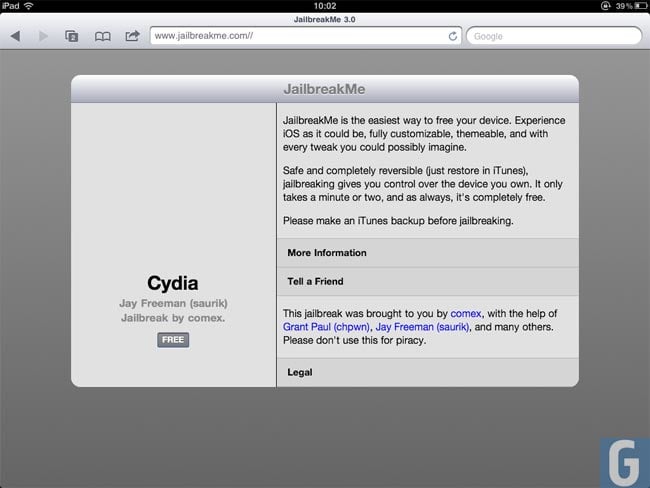 The JailbreakMe web based jailbreak works on a number of iOS devices which include the first generation iPad, the new iPad 2, the iPhone 4 and iPhone 3GS, plus the third and fourth generation iPad Touch.

You can find out more information over at JailbreakMe.