It looks like Apple has started rolling out iTunes Cloud outside of the US as the service is now available here in the UK, and has started to roll out to other countries around the world.

We have just tried out iTunes Cloud here in the UK, and you can now download previously purchases iTunes music direct to your iOS device from the iTunes Cloud. 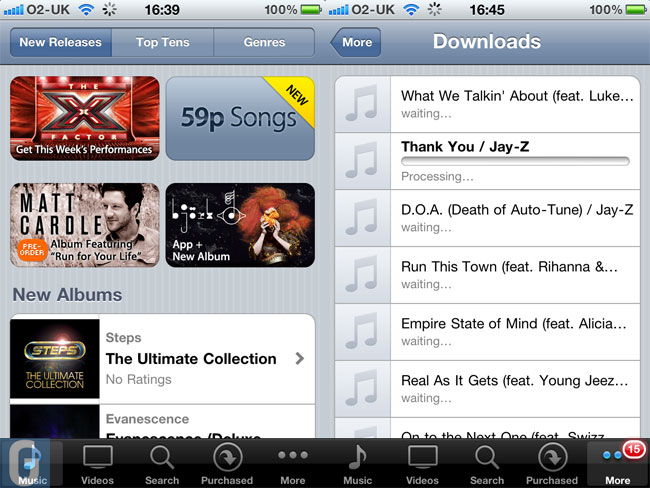 As you can see from the photo above, there is now a purchased tab, similar to the one for iOS apps, where you can download your previously purchased music direc to your iPhone, iPad or iPod Touch.