iSkin has just released a funky line of cases specifically designed for the iPhone 3G. The iSkin revo2 encases the iPhone 3G in a protective silicone material, according to iSkin. 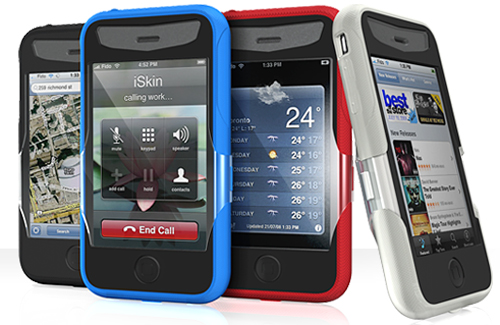 This is designed to protect your mobile from dings and dirt. Joining this layer of protection is antimicrobial product protection as well as a face shield which is transparent and detachable.

Other features of this cover include a dust repelling micro-texture grip, an anti-glare and anti-fingerprint screen film and a self-described special translucent silicone zone that protects the iPhones proximity and ambient light sensors without obstruction. It is available now in your choice of several two-tone color combos. iSkin revo2