Designers Kikki Tham Sterner and Johan Ollashas have created an interesting concept that allows the iPad to be potentially transformed into a braille touch device for the visually impaired. The design has been created as and entry into the Future Lions Competition 2011 and consist of a light reactive overlay that is place on the screen of the iPad.

The iSense’s unique light-sensitive film would consist of a grid of bubbles that reacts to varying levels of light, created by the iPad’s screen. This would then create different patterns of small bumps, forming Braille characters on the film. Watch the video after the jump to see how the concept would function. 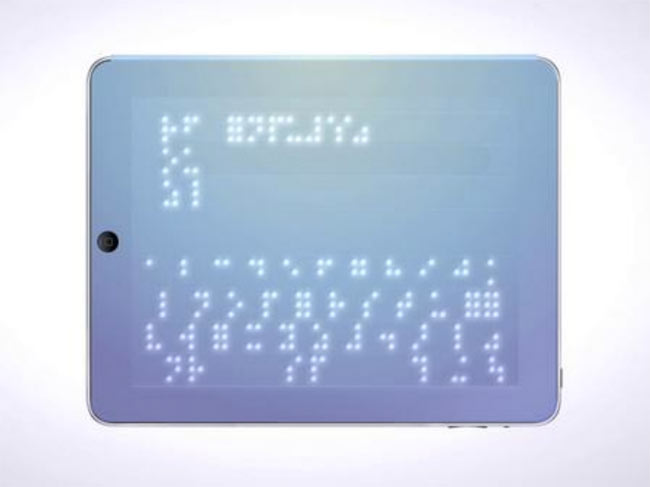 Unfortunately the iSense design is only a concept at the moment and the film has yet to be developed, but the idea is very sound.

** The iSense product is NOT real and IS NOT available for purchase. Furthermore – Apple® Inc. and the iPad™ is NOT in any way involved with this product or commercial.