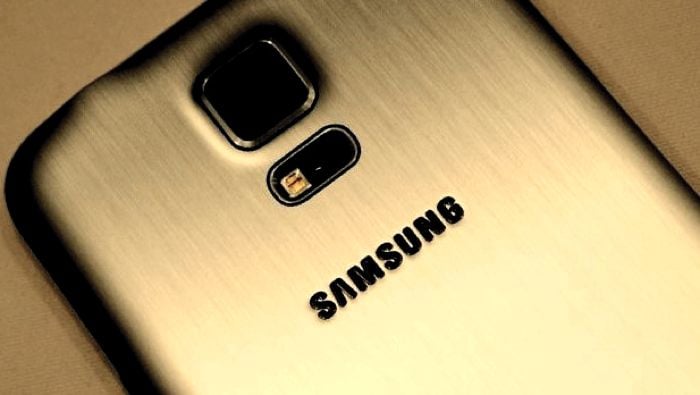 Samsung are working on a new version of their flagship smartphone, the Samsung Galaxy S5 Prime, which we heard earlier is expected to go on sale in June.

Now a photo has turned up on Reddit, and the photos is rumored to be of the Galaxy S5 Prime, as you can see from the photo above, it is of the back of the handset, and it appears to have a metal casing, as opposed to the plastic casing on the Galaxy S5.

The Samsung Galaxy S5 Prime is rumored to be available in limited quantities when it launches next month, the device will feature a 5.5 inch QHD display with a resolution of 2560 x 1440 pixels.

Other rumored specifications for the S5 Prime include a quad core Snapdragon 805 processor, clocked at 2.4Ghz, the device is also said to come with 3GB of RAM and 32gB of built in storage.

The Galaxy S5 Prime will also feature a microSD card slot that will offer support for 128GB cards, plus a 2 megapixel front facing camera and a 16 megapixel rear camera.

LG are getting ready to unveil their new LG G3 smartphone this month, the handsets specifications are very similar to the Samsung Galaxy S5 Prime, and we suspect the Prime could also be made official later this month,

As yet we have no confirmation if the photo above is of the Samsung Galaxy S5 Prime, it could be some sort of replacement back cover for the handset, although it does come with the Samsung logo, as one Redditor pointed out, which could mean it is an actual Samsung casing.

Well it turns out this is not the Samsung Galaxy S5 Prime, instead it is a Photoshop mockup created by Android Central back in March.