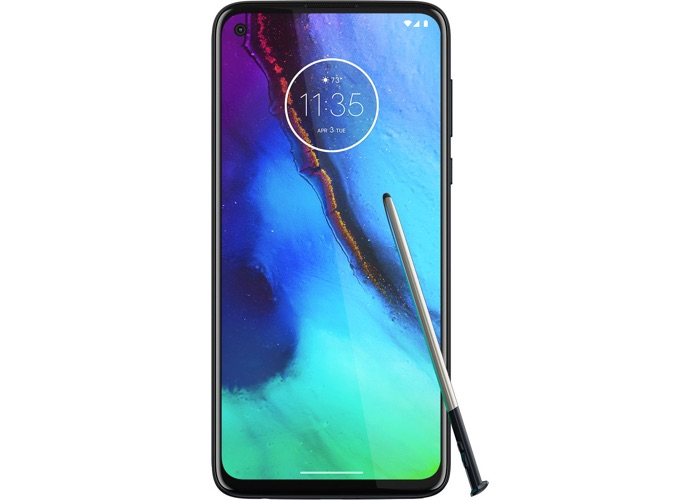 Evan Blass has released a new leaked photo of a new Motorola smartphone, the handset comes with a stylus and it looks like it could be the rumored Motorola Edge Plus.

Now the new Motorola Edge Plus has appeared on Geekbench and this has confirmed some of the handsets specifications.

The new Edge Plus smartphone is listed on Geekbench with Qualcomm’s flagship Snapdragon 865 mobile processor and the device comes with 12GB 0f RAM, you can see the Geekbench listing below. 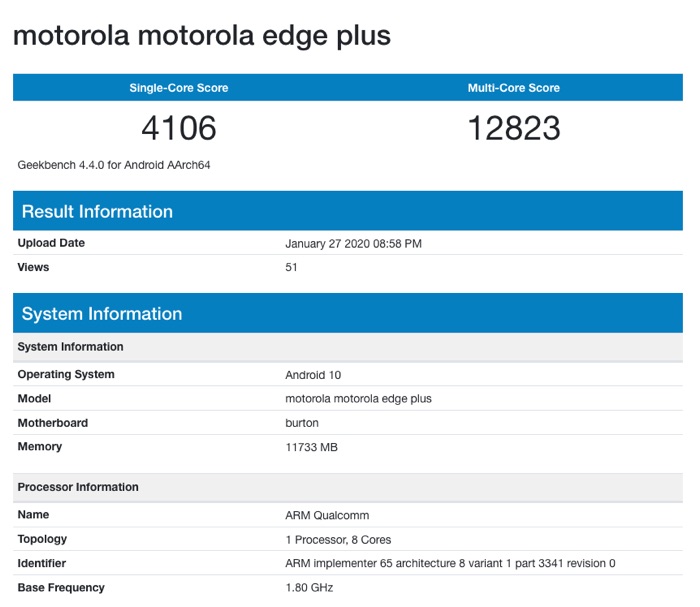 The handset scored 4,108 on the single core benchmark and 12,378 on the multi-core benchmark, those are the only details we have on the device so far.

We can see from the photo that the handset come with a single punch hole Selfie camera and we are expecting multiple cameras on the back of the device. As soon as we some more details about the new Motorola Edge Plus, including a full list of specifications, we will let you guys know.