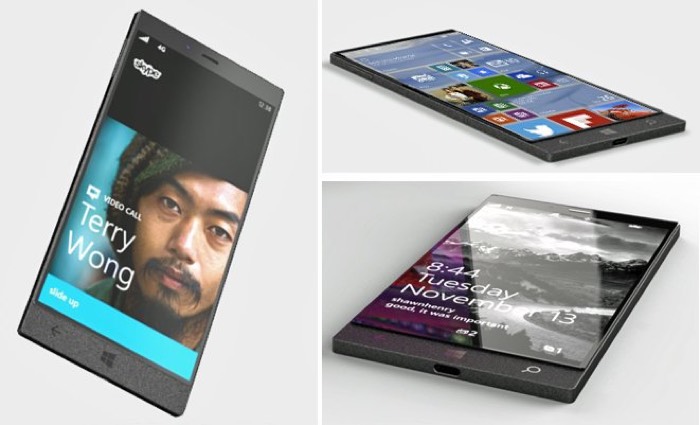 We have been hearing rumors of a Microsoft Surface Phone for some time, the device is expected to be made official some time next year.

Now Evan Blass has posted some photos of a new Windows Phone smartphone on Twitter which could end up being the Microsoft Surface Phone.

Powered by a laptop-class Intel processor, would this have blown your mind? pic.twitter.com/0n2yZPvU65

When The Verge’s Tom Warren mentioned that this was a nice concept, Evan Blass revealed some more photos of the device, these ones appear to be lifestyle shots with the actual handset.

.@tomwarren Much more than just a concept. Stay tuned. pic.twitter.com/KmPYCPyGV4

These photos would suggest that the device pictured is an actual product rather than just a concept and it could very well be the new Microsoft Surface Phone.