Ever since Apple [AAPL] launched their original iPhone, Google [GOOG] has been the default search provider, but this may be about to change.

At the moment on the iPhone when you perform a search in Safari there is a Google box on the right hand side of the screen and a Google button at the bottom of the virtual keyboard. 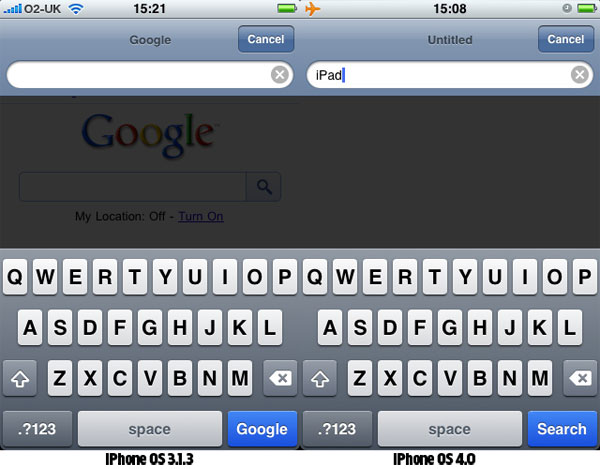 It looks like this feature has been removed in the iPhone OS 4.0, and replaced with a ‘search’ button, could this possibly mean that Apple intends to replace the default Google search on the iPhone with Microsoft’s Bing?

Apple’s relationship with Google hasn’t been as strong since Google released their own mobile platform, Android whilst Apple’s and Microsoft’s relationship has been getting better, and apparently they have been in talks about putting search on the iPhone.

Personally I would like to see Google stay as the default search engine on the iPhone, rather than Bing, whilst Bing’s new search engine seems good, it is a long way off delivering the sort of search results that Google does. Have a look and our article on Android vs iPhone to see which smartphone and mobile platform is best for you.