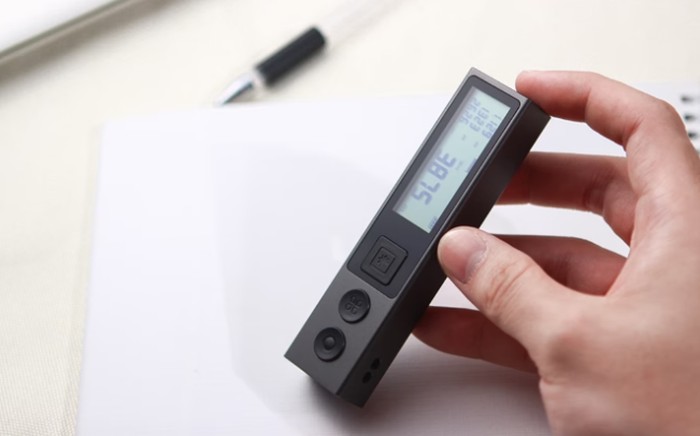 If you are searching for a pocket laser measure you might be interested in the iRULER created by a team of developers based in Saskatoon, Canada. The small laser measure is capable of recording length, area, volume and even calculating Pythagoras to a maximum of 98 feet with an accuracy of ±1/13 in. The iRULER laser measure is perfect for engineers, architects, designers, carpenters and hobbyists thanks to its affordable price point and is small enough to carry in your pocket. 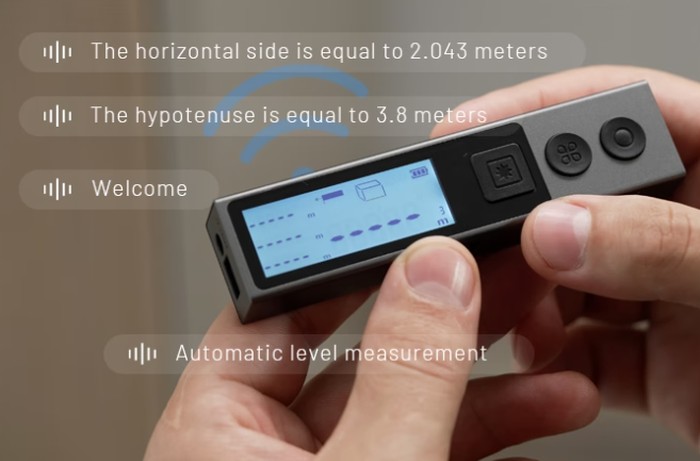 Backer early bird pledges are now available for the creative project from roughly $46 or £34 (depending on current exchange rates), offering a considerable discount of approximately 35% off the final retail price, while the Kickstarter crowd funding is under way.

“iRULER M130, a miniature laser distance measure that tells distance, area, volume, computes length based on Pythagorean Theorem, and converts measurements between imperial and metric systems. It reaches up to 98 feet measurement and it’s accurate to ±/13-of-an-inch wide. The built-in backlit display gives an easy viewing and with the Bluetooth capability, it even transfers and store data to a phone or tablet in real time.” 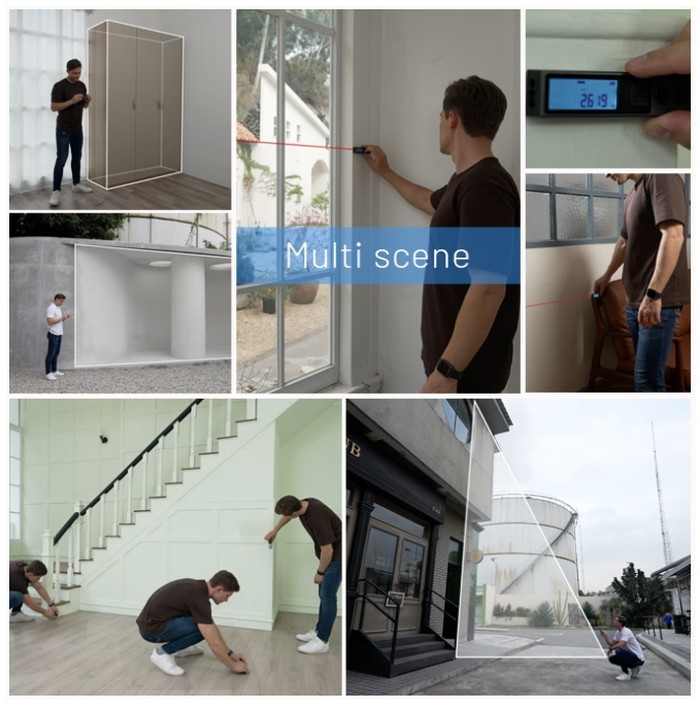 With the assumption that the iRULER crowd funding campaign successfully raises its required pledge goal and the project completion progresses smoothly, worldwide shipping is expected to take place sometime around February 2022. To learn more about the iRULER laser measure project view the promotional video below.

“iRULER M130 offers multiple measuring features: including length, area, volume, and Pythagorean (indirect) calculations. Every single press of the button provides real-time data. For the Pythagorean function, it is an intelligent mode to be extended to reach awkward locations: like when you want to measure a high tower, an object on the other side of the river, a telegraph and more. It uses triangulation to calculate a third unknown distance from two recorded inputs. “ 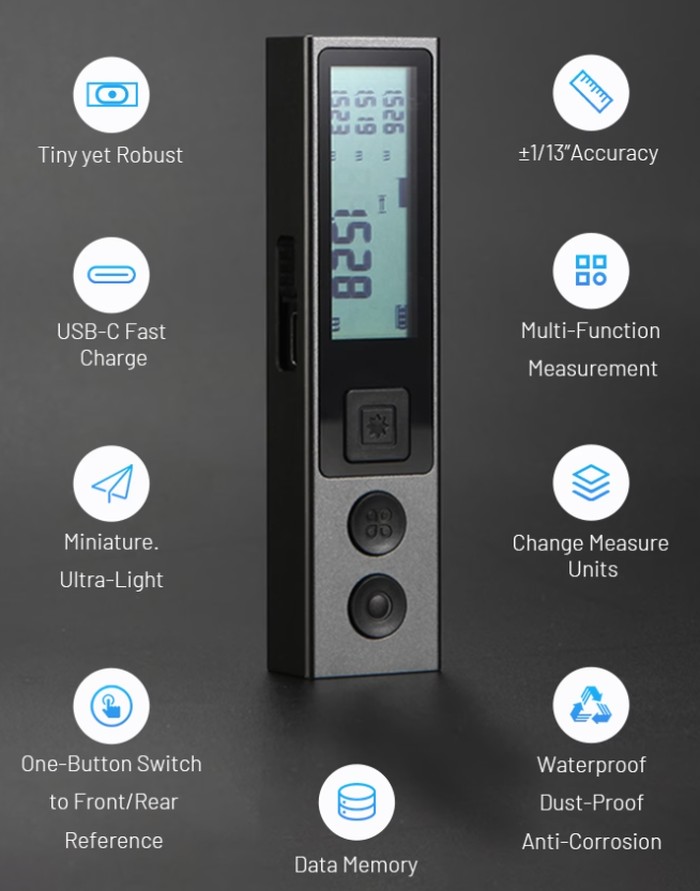 “The same procedure may be easily adapted to obtain great results under its Pythagorean (Dual Triangles) mode. Switch the reference edges to meet your demand. You may press the button to change the measurement starting point: to decide whether it starts from the tail end or the front edge.”

For a complete list of all available special pledges, stretch goals, extra media and full specifications for the laser measure, jump over to the official iRULER crowd funding campaign page by visiting the link below.