Today IK Multimedia has started shipping their new iRig MIC Cast, which provides iOS devices with a ultra-compact high quality microphone. The iRig MIC Cast is equipped with a unidirectional condenser capsule, which has been designed to isolate the audio source you are capturing. Providing highly improved audio recordings, when compared to the integrated iOS device microphones. 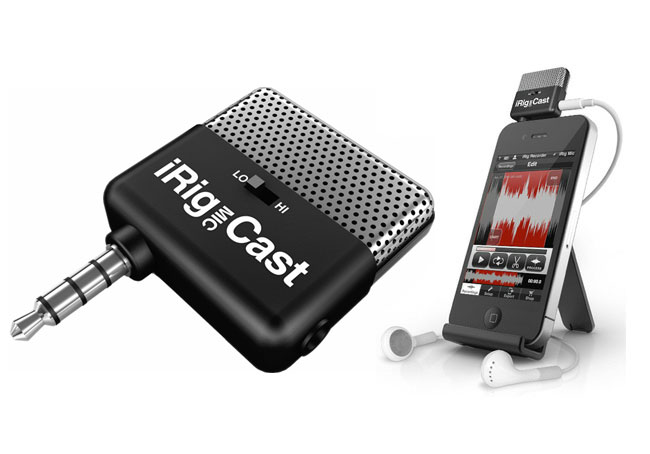 Other features of the iRig MIC Cast include a a dual gain setting that provides two different sensitivities, for either close-up or distant audio sources, and includes a connection to attach headphones to monitor the audio iRig MIC is capturing.

“The iRig MIC Cast is literally about the size of a large coin and its bumper-friendly jack makes it possible to plug in — even if your iPhone, iPod touch, iPad is in a protective case. It can easily fit in your pocket, briefcase or computer bag for easy transport.”

The IK Multimedia iRig MIC Cast has been designed to be used with iPhone, iPod touch and iPad and is now available to purchase worldwide for around $40 or €30.